Malaysia boasts a world-class healthcare system that is available to practically all of the country's citizens. Investments in world-class facilities have resulted in both commercial and public hospitals delivering specialised services as well as teaching medical practitioners overseas, culminating in the country's healthcare sector's success. 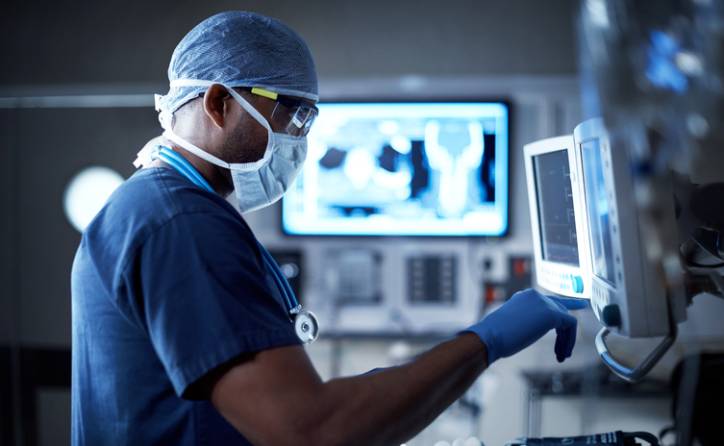 Malaysia has some of the lowest medical fees in the world (some 40 percent lower than the US and UK) with the government subsidizing up to 98 percent of healthcare costs. The country allocated 29 billion ringgit (US$6.9 billion) towards healthcare in 2019.

To reduce this financial burden, the government has encouraged further private investment in recent years, recognizing the economic multiplier effect of the medical industry. The areas of potential growth are in medical tourism, the manufacturing of medical devices, pharmaceuticals, and clinical research, among others.

This makes Malaysia a potential health service hub in ASEAN despite fierce competition from its more established neighbors in Singapore and Thailand.

In 2005, the Ministry of Health established an agency called the Malaysia Healthcare Travel Council (MHTC), designated to facilitate and promote the country’s healthcare travel industry by establishing public-private partnerships at home and abroad.

The MHTC provides an all-encompassing service to foreign clients, such as providing localized outreach through representative offices in Indonesia, Vietnam, and Myanmar. Their services also extend to assisting the procurement of medical visas in conjunction with the Immigration Department of Malaysia.

Further, the MHTC has established a designated concierge and lounge located at the Kuala Lumpur International Airport and Penang International Airport, where a specialized team will assist the patient with their customs and baggage claims, while awaiting transportation to their accommodation or medical facility.

Medical tourists are not limited to specific hospitals, and the MHTC has partnered with 79 hospitals and clinics – of which 21 are ‘elite’ and 58 are ‘ordinary’. Elite hospitals have been accredited by international healthcare agencies, such as the Australian Council on Healthcare Standards (ACHS), Accreditations Canada, and the CHKS Accreditation Unit (UK).

MTHC members are also eligible for a variety of fiscal and non-fiscal incentives. Companies that establish new healthcare facilities or renovate/modernize existing facilities to promote healthcare travel can apply for income tax exemption. This income tax exemption is equivalent to Investment Tax Allowance (ITA) of 100 percent on the qualifying expenditure incurred within a five-year period.

The government will also issue automatic employment/professional passes for medical specialists returning from abroad to work in Malaysian hospitals.

Finally, MHTC-endorsed facilities are entitled to a double deduction incentive on expenditures that occurred during the process of obtaining accreditation from the following bodies:

Malaysia is carving itself as a provider of specialized treatments, carving a niche for fertility and cardiology treatments, enabling the country to compete with world-class medical centers across Asia.

The country has over 30 advanced heart treatment centers, which includes the renowned National Heart Institute that has a reputation of being among the best in the continent. The Institute performs over 10 cardiac procedures annually and was the first country in the Asia Pacific to implant a Micra AV pacemaker — the world’s smallest pacemaker. Further, the success rate of in vitro fertilization (IVF) in Malaysia is high, around 55 to 60 percent.

More than half of all medical tourists travelling to Malaysia were Indonesians, followed by patients from India, Japan, China, the UK, the US, and the Philippines, attracted by the affordability of the treatment provided.

Furthermore, with Indonesians spending over US$1 billion annually in medical tourism, the country is seen as an important target market for Malaysia’s medical tourism sector. Malaysia shares many religious and cultural aspects with Indonesia, providing specific amenities to reach out to Halal-conscious patients, such as gelatin-free products. Catering to such requirements has resulted in a gradual shift from Indonesian customers to seek treatment in Malaysia as opposed to the traditional hub in Singapore.

Malaysia’s medical devices industry comprises of more than 200 manufacturers, of which 30 are multinationals that have made Malaysia their manufacturing base. These include reputable names, such as Abbott, Toshiba Medical Systems, and Braun.

This positions Malaysia as a medical device manufacturing hub in ASEAN as well as an outsourcing destination for many multinationals. The government views this industry, alongside electrical and electronics, chemicals, aerospace, and machinery and equipment subsectors, as high potential growth areas that can revitalize the manufacturing sector.

Other devices the country produces are:

With the government aiming to implement Industry 4.0 initiatives, businesses are looking to shift production into more value-added products and services, through embracing technology and enhancing research and development methods. New areas of growth lie in the production of medical imaging devices, such as the components or part of components of magnetic resonance imaging (MRI) machines, x-rays, computed tomography (CT) scanners, and nuclear imaging systems. The global market for this sector is expected to reach US$33 billion in 2021.

Malaysia’s pharmaceutical industry is valued at more than US$1 billion in 2019, comprising of over 100 companies who can be roughly categorized into three categories:

Increasing demand for pharmaceuticals is fueled by increasing health literacy, an ageing population, and a rise in non-communicable diseases like diabetes, hypercholesterolemia, hypertension, and other related medical conditions.  Local generic manufacturers are only able to supply 30 percent of the domestic demand with the remainder being covered by imports.

CCM received a Halal license for prescription medicine by the religious authority of Malaysia (JAKIM), which was based on the world’s first Halal pharmaceutical standard, MS2424:2012 Halal Pharmaceuticals – General Guidelines.

MS2424:2012 was developed by the country’s Ministry of Science, Technology, and Innovation in cooperation with JAKIM’s Halal Hub Division. This new certification system is tailored to the complexities of the pharmaceutical industry, whereas previously companies only had the MS1900 standard, which was catered for Halal food products.

The government hopes this latest standard can be used by not just local companies but international Halal certifying bodies, pivoting Malaysia as a leader in this industry.