New vaccine based on the recombinant spike protein antigen (rS-B.1.351) from Beta (B.1.351) virus lineage highly immunogenic in mice and produced neutralizing antibodies 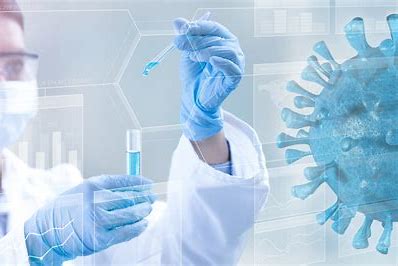 - Humans immunized with original NVX-CoV2373 vaccine demonstrated robust antibody responses to original SARS-CoV-2 strain, as well as to the Alpha (B.1.1.7) and Beta (B.1.351) variant strains

Novavax, Inc. (Nasdaq: NVAX), a biotechnology company developing next-generation vaccines for serious infectious diseases, today announced preclinical and clinical data on the company's original recombinant protein COVID-19 vaccine candidate, NVX-CoV2373, and for a new vaccine directed against the SARS-CoV-2 Beta (B.1.351) variant, which was originally identified in South Africa. The data show that the vaccines demonstrated strong immunogenicity and protection against both the Alpha (B.1.1.7) variant, which was originally identified in the United Kingdom, and the Beta (B.1.351) variant as well as the original SARS-CoV-2 in animal and human studies. A preprint of the manuscript, 'Immunogenicity and In vivo protection of a variant nanoparticle vaccine that confers broad protection against emerging SARS-CoV-2 variants,' is available at bioRxiv.org and has been submitted for peer review.

"While current vaccines are effective against selected SARS-CoV-2 variant strains, newly emerging variants are also being identified that have the ability to overcome vaccine induced immunity," said Matthew Frieman, PhD, Associate Professor of Microbiology and Immunology at the University of Maryland School of Medicine, who collaborated on these studies. "This work demonstrates that variant vaccines that protect against these newly emerging variants have the potential to be highly effective and may produce broader protection against variants we know of and those that will arise in the future. Clinical trials will provide further evidence on the effectiveness of variant vaccines."

The studies compared the Beta (B.1.351)-directed vaccine to Novavax' prototype vaccine candidate as standalone, in combination, and as heterologous prime boost vaccine. The findings show a broad array of cellular and humoral responses in animal models against all virus strains evaluated. The Alpha (B.1.1.7) and Beta (B.1.351) variant strains have created public health concerns due to increased transmission rates and lower efficacy of current vaccines seen against Beta (B.1.351).

"These data suggest that not only could one booster dose of this variant-directed vaccine potentially provide a robust, protective immune boost after vaccination against the original SARS-CoV-2 virus, but also the potential to provide broad protection against various virus strains if used as a primary vaccine regimen," said Gregory M. Glenn, M.D., President of Research and Development, Novavax. "This broad immune coverage is vital to controlling the pandemic as variants of concern continue to emerge worldwide that could jeopardize the protection created through ongoing COVID-19 vaccination efforts."

Study 1: Immunogenicity and Protection in Mice

Mice were immunized with NVX-CoV2373 or rS-B.1.351 alone, in combination, or as a heterologous prime boost. Mice vaccinated with any of the four regimens displayed elevated antibody titers against both the original and Beta (B.1.351) spike. Heterologous or bivalent vaccination is highly immunogenic against the prototype spike compared to monovalent approaches, while immunization with monovalent rS-B.1.351 or bivalent spike resulted in the highest anti-B.1.351 spike IgG titers among regimens tested.

Additionally, mice immunized with rS-B.1.351 alone produced elevated neutralizing antibody titers to the Alpha (B.1.1.7) and Beta (B.1.351) strains compared to titers upon immunization with the prototype-directed strain. Titers were similar in the heterologous and bivalent vaccine groups.

Antibodies produced after vaccination with rS-B.1.351 inhibited binding between human angiotensin converting enzyme-2 receptor (hACE2) and the variant spike or original spike to the same degree. This indicates that rS-B.1.351 can efficiently protect "backward" against original SARS-CoV-2 strains. In contrast, NVX-CoV2373 was less efficient at protecting "forward" against the Beta (B.1.351) variant strain.

Whether immunized with prototype vaccine or rS-B.1.351 alone, in combination, or as a heterologous prime boost, mice were protected when challenged with live Alpha (B.1.1.7) or Beta (B.1.351) variant strains of SARS-CoV-2.

A cohort of baboons that were originally immunized with prototype vaccine were boosted approximately one year later with one or two doses of rS-B.1.351. Seven days after the first rS-B.1.351 boost, those that originally received adjuvanted prototype-directed vaccine exhibited a strong immune response, with anti-Spike IgG titers that were higher than the peak immune response observed during the primary immunization series. The rS-B.1.351 boost elicited comparable antibody titers against original and rS-B.1.351 spike.

Further, the same cohort exhibited a strong neutralizing response to Alpha (B.1.1.7) and Beta (B.1.351) strains and hACE2-inhibiting antibody response following the boost, despite having undetectable titers before the boost. High neutralizing antibody titers were observed seven days post-boost, demonstrating "a robust, durable antibody response even one year after the primary vaccination series." These results suggest that one dose of a variant-directed vaccine may be sufficient for boosting regimens after previous immunization with a COVID-19 vaccine based on the original spike strain.

NVX-CoV2373 is currently being studied in multiple clinical trials, including in locations where Alpha (B.1.1.7) and Beta (B.1.351) variant strains are widespread. Thirty randomly selected human serum samples from Phase 2 clinical trial participants after their second dose of the vaccine were assayed. The sera were analyzed for their ability to neutralize Alpha (B.1.1.7) and Beta (B.1.351) strains.

The trial participants' sera demonstrated a neutralizing capacity of the Alpha (B.1.1.7) strain equal to NVX-CoV2373, with a modest reduction in neutralizing capacity against the Beta (B.1.351) strain. These data support the development and production of a Beta (B.1.351) targeted vaccine, which also demonstrated to be efficient at protecting mice against Beta (B.1.351) and to induce a strong response in primates originally immunized with NVX-CoV2373. Furthermore, the data support that a booster vaccine containing a variant strain could both increase antibody levels as well as broaden coverage.

Novavax expects to initiate further clinical testing of rS-B.1.351 in the fall of 2021.