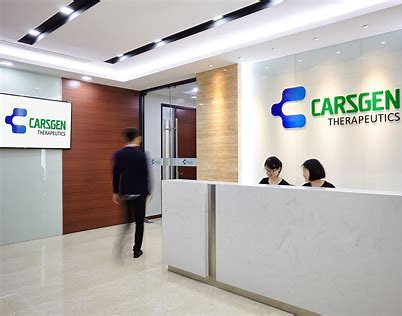 With the RMAT designation, CT041 enjoys all the benefits of Fast Track and Breakthrough Therapy designations including early and intensive FDA guidance on efficient product candidate development and eligibility for rolling review and priority review. Products granted RMAT designation may also be eligible for accelerated approval.

CT041 is an autologous CAR T-cell product candidate developed by CARsgen, which has the potential to be the first-in-class globally. As of the date of this announcement, CT041 is the only CLDN18.2-targeted CAR T-cell product candidate globally that is being studied in clinical trials with investigational new drug (IND) or clinical trial application approvals from the FDA, the NMPA, and Health Canada.

CARsgen currently has 11 in-house developed product candidates and obtained 8 IND approvals for CAR T-cell therapies. In addition to the existing clinical pipeline product candidates, CARsgen continues to develop innovative technologies, such as CycloCAR technology to enhance efficacy of CAR T cells against solid tumors, and allogeneic THANK-uCAR technology to reduce costs and increase affordability. As of December 31, 2021, CARsgen owns over 300 patent applications and 65 issued patents in more than 19 countries and regions, including the United States, Europe, China, and Japan.

Dr. Zonghai Li, Founder, Chairman of the Board, Chief Executive Officer, and Chief Scientific Officer of CARsgen Therapeutics Holdings Limited, stated that, "The RMAT designation indicates that CT041 has the potential to solve the unmet medical needs of patients with GC/GEJ. RMAT is not only important for accelerating product development and the review of the biologics license application, but also helps patients obtain this advanced therapy as soon as possible. We hope that the RMAT and PRIME designations obtained by CT041 will enable us to work closely with the FDA and the EMA, to obtain approvals from regulatory agencies globally, and thus benefit patients worldwide as soon as possib