As Part of its Pan-Sarbecovirus Program, in Collaboration with Ohio State University 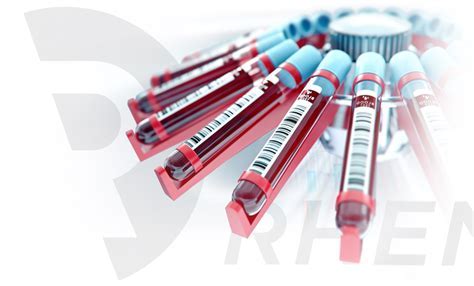 BioVaxys Technology Corp. (CSE: BIOV) (FRA: 5LB) (OTCQB: BVAXF) ("BioVaxys" or the "Company"), today announced that it has entered into an agreement with Millipore-Sigma ("Millipore"), a global research, development and contract manufacturing company ("CDMO"), to manufacture a supply of GLP-grade BVX-1021, the Company's new vaccine ("BVX-1021") against the strain of coronavirus that causes severe acute respiratory syndrome ("SARS1"), the respiratory disease responsible for the deadly pandemic that raged from 2002 to 2004. There is no approved vaccine for SARS1.

BVX-1021 is the subject of an ongoing collaborative research project between Ohio State University ("Ohio State") and BioVaxys. Announced in December 2021, this study evaluates the Company's new approach to developing a "universal vaccine" capable of treating a wide range of sarbecovirus ("pan-sarbecovirus vaccine"). The sarbecovirus family includes SARS-CoV-2 and all of its current "variants of concern, such as delta and Omicron variants (and at least ten other variants currently monitored), SARS1, as well as a wide range of potentially dangerous zoonotic viruses.

The collaboration between BioVaxys and Ohio State, which began in early January 2022, is evaluating the combination of BVX-0320 and BVX-1021 in a guinea pig model. The main parameters of the study are the development of antibodies neutralizing the live SARS-CoV-2 virus and other sarbecoviruses, including SARS-related coronaviruses from bats and pangolins. Many strains of SARS originate from bats, and several strains, likely precursors of SARS-CoV-1, have been discovered in palm civets. (Journal of Virology. 84 (6): 2808–19, 2010). If neutralizing antibodies are present in the animal model, this would strongly suggest that BVX-1021 produces an additional immune response to all sarbecoviruses in people fully vaccinated against COVID-19 as well as in those with natural immunity.

Dr David Berd, Chief Medical Officer of Biovaxys, explained: "Scientists have found that people who survived the SARS pandemic of 2002 and 2003 and subsequently received a COVID-19 vaccine developed antibodies that responded with all the sarbecoviruses tested. This observation leads us to conclude that a similar pan-sarbecovirus immune response could be generated using the haptenized advance protein of SARS1 and SARS-Cov-2 as a means of immunization, as do our products BVX-0320 and BVX-1021. »

BioVaxys recently announced the results of a study that demonstrated that BVX-0320, its SARS-CoV-2 haptenized S-protein-based vaccine, does not bind to the angiotensin-converting enzyme 2 (ACE2) receptor. The results suggest that the Company's SARS-CoV-2 haptenized spike protein vaccine may not cause severe myocarditis, an unusual side effect of mRNA vaccines.

Kenneth Kovan, President and Chief Operating Officer of BioVaxys, said: "The COVID-19 market is turning to vaccines that will protect not only against emerging variants of SARS-CoV-2, but also against any related coronavirus that may emerge in the future. The BVX-1021 shows that we can use our technology platform to create new haptenized viral antigen vaccines to target other markets. »

BioVaxys intends to develop BVX-1021 as a stand-alone "booster" for anyone immunized with a COVID-19 vaccine recognized by the World Health Organization, as well as anyone who has recovered from a COVID-19 infection. To date, nearly 389 million people have recovered from COVID-19 worldwide (Worldometer, March 11, 2022), and 57% of the world's population (Our World in Data, March 2022), or 4.4 billion people, has received a comprehensive SARS-CoV-2 vaccination schedule.

Millipore is a subsidiary of Merck KGaA (Deutsche Bourse: MRCG), one of the world's largest pharmaceutical companies with a market capitalization of $81 billion.

For greater certainty, BioVaxys makes no express or implied representation that the Company may currently treat COVID-19.