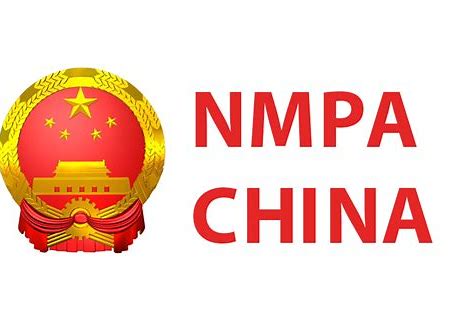 Selpercatinib is a selective and potent RET kinase inhibitor that was discovered and developed by Eli Lilly and Company. In March 2022, Innovent and Lilly expanded their strategic partnership in oncology, which includes an agreement for Innovent to obtain the sole commercialization rights of selpercatinib once approved in China, positioning Innovent to be fully responsible for the pricing, importation, marketing, distribution and detailing of this product. With this further expanded oncology product portfolio, Innovent intends to use its experienced oncology commercial team to leverage its broad commercial coverage in hospitals and pharmacies at various tiers and to provide integrated patient solutions with strong synergies to cancer patients in China.

Selpercatinib was globally the first RET inhibitor granted accelerated approval by the FDA in May 2020,[1] under the brand name Retevmo®. In November 2021, the NDA for selpercatinib was accepted by the Center for Drug Evaluation (CDE) of NMPA in China and was granted priority review to expedite the review process. The NDA approval was based on data from the global LIBRETTO-001 study and data from the Chinese patient population in the LIBRETTO-321 study.

Selpercatinib was evaluated in the Phase I/II LIBRETTO-001 study, the largest clinical trial ever reported in patients with RET-driven cancers. The major efficacy outcome measures were confirmed overall response rate (ORR) and duration of response (DoR). The updated results of patients with NSCLC and medullary thyroid cancer were presented at the European Lung Cancer Congress (ELCC) 2022[2] and the European Society for Medical Oncology (ESMO) Congress 2022,[3] respectively.

Ÿ   In cabozantinib/vandetanib (cab/van) naïve patients (N=142) and cab and/or van pre-treated patients with MTC (N=151), IRC-assessed ORRs were 81.0% and 73.5%, respectively. Despite a median follow-up of ∼2 yrs, DoR and PFS data are still immature, with response ongoing in most naïve patients. Pre-treated patients achieved a median PFS of 34 months (95% CI:26, NE) and DoR has not been reached yet.[3]

Ÿ   Selpercatinib was well-tolerated with most adverse events (AE) being low grade which are manageable and reversible. Three to four percent of patients discontinued treatment due to treatment-related AEs.[2]-[4]

The safety and efficacy profile of selpercatinib in the Chinese population was consistent with that observed in previously reported global studies.

Ÿ   One treatment-naïve patient with TC was treated for 23.4 weeks and achieved a confirmed partial response (PR) at week eight. A maximum tumor burden shrinkage of 43% was determined by the IRC and the response was ongoing at cutoff.[6]

Ÿ   Selpercatinib was well-tolerated with most adverse events (AE) being low grades which are manageable and reversible. Three (3.9%) patients discontinued therapy due to treatment-related AEs.[5],[6]

Professor Cheng Ying from Jilin Cancer Hospital stated, "The current global incidence of RET fusions in NSCLC patients is 1% to 2%, and the incidence of RET fusion NSCLC in China is 1.4%.[7],[8] In the past, there have been limited therapies available for RET fusion-positive NSCLC to achieve satisfactory efficacy. In recent years, the introduction of RET inhibitors has opened a new era of therapy for such patients. As observed in the LIBRETTO-321 study, the ORR of selpercatinib in naïve and pre-treated patients in the Chinese population is very exciting. In addition, selpercatinib has also shown antitumor activity against brain lesions in preclinical models.[5] We believe that the approval of selpercatinib in China will bring more survival benefits to Chinese patients with RET fusion-positive NSCLC."

Professor Ming Gao from Tianjin People Hospital stated, "RET alterations are oncogenic drivers in thyroid cancer, mostly seen in MTC. Selpercatinib is a highly selective and potent RET kinase inhibitor. In the LIBRETTO-001 study, the largest clinical trial ever reported in patients with RET-driven cancers, selpercatinib demonstrated clinically meaningful and durable responses in RET-altered thyroid cancer.[6] The LIBRETTO-321 study has further demonstrated that the safety and efficacy profile of selpercatinib in the Chinese population was consistent with that observed in a previously reported global study. Its approval is undoubtedly a breakthrough milestone, and we hope more TC patients in China will benefit from it in the future."

Dr. Yongjun Liu, President of Innovent, stated, "Globally, selpercatinib is the first RET inhibitor approved and we are pleased to see its strong and durable response in line with good tolerability in clinical studies. This approval marks another milestone in mainland China for targeted therapies and will bring a new treatment option with high quality to RET fusion-positive cancer patients in China. For Innovent, the addition of a high-value commercialized product in our TKI BU will further enhance the synergistic value in the pipeline portfolio as well as our franchise in certain cancer types. We are committed to the partnership with Lilly to accelerate the launch of innovative medicines to benefit more cancer patients in China as soon as possible."