Next-generation sequencing platform will provide up to three times more data output per hour than other benchtop instruments, while offering flexible run capacity 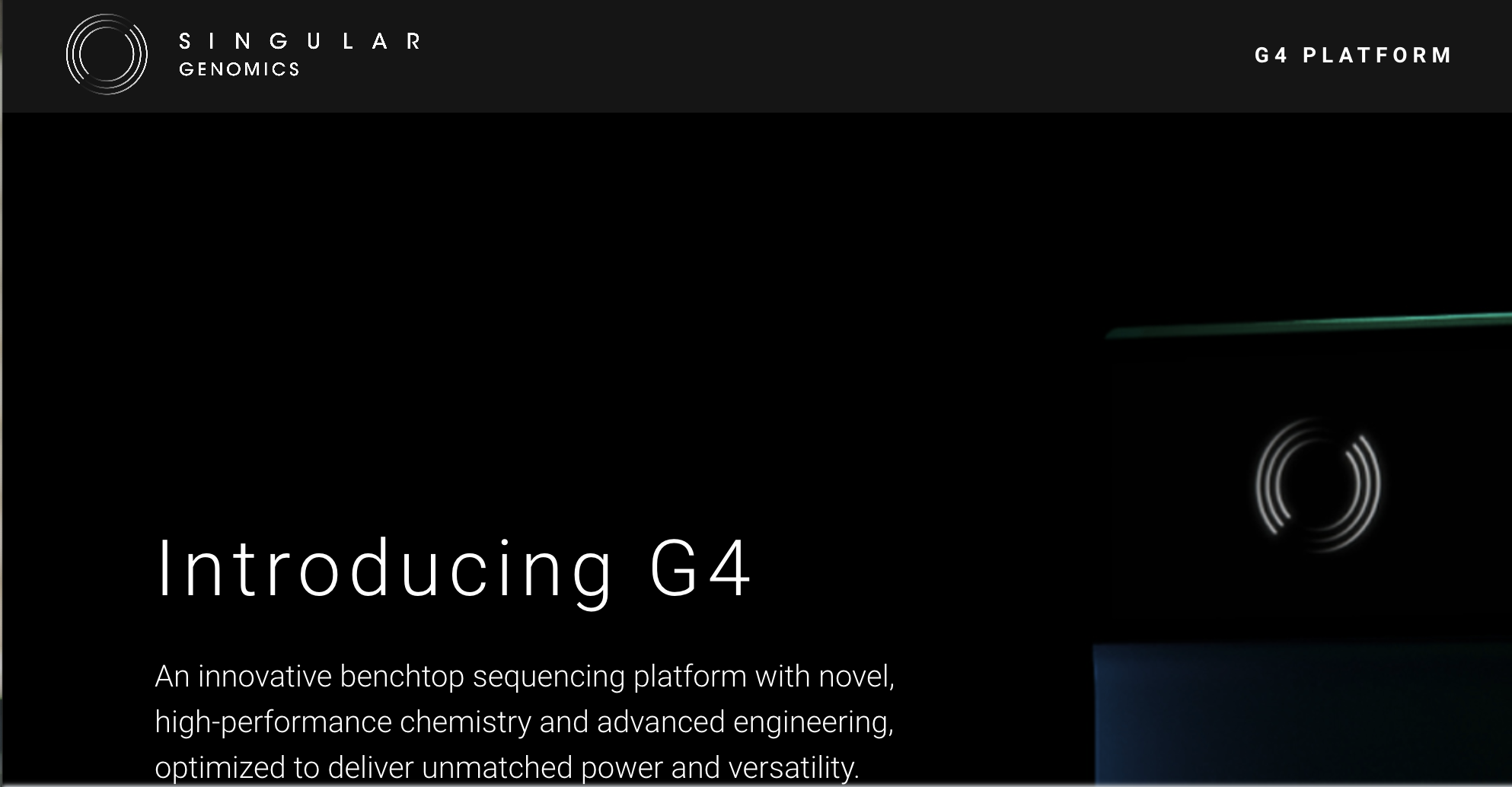 Singular Genomics Systems, Inc. (Nasdaq: OMIC), a company leveraging novel next-generation sequencing (NGS) and multiomics technologies to empower researchers and clinicians, today announced the commercial launch of the G4, the world’s most powerful benchtop sequencer. The NGS platform features novel high-performance chemistry and advanced engineering to deliver accuracy, flexibility, speed and power for a range of applications, including research in oncology and immunology. Orders for the G4 instrument and consumable kits are now being accepted, with shipments expected to begin in the second quarter of 2022.

“The genomic tools and technologies developed over the last two decades have greatly improved our understanding of biology, advanced clinical diagnostics and empowered the development of novel therapies. Yet, real limitations remain, such as long run times, labor-intensive protocols, lack of run flexibility and high cost,” said Drew Spaventa, Chairman and Chief Executive Officer of Singular Genomics. “We listened to the sequencing community and developed a sequencing platform to solve real pain points for a broad set of customers. The G4 offers a combination of speed, power, versatility and flexibility unmatched in the market that will seamlessly integrate into any existing lab ecosystem, providing a true plug-and-play solution for both researchers and clinicians.”

The G4 consists of a benchtop NGS instrument and associated consumables powered by a novel sequencing engine to deliver the following:

“The G4 brings together innovations in chemistry, molecular biology and engineering to deliver precision, speed and versatility,” said Eli Glezer, Ph.D., Chief Scientific Officer of Singular Genomics. “We believe this new platform will expand and accelerate the use of DNA sequencing across a wide range of applications, such as identifying cancer-associated genetic mutations, deep sequencing to detect minimum residual disease in circulating cell-free DNA, profiling the immune system, analyzing single-cell RNA transcription, and rapidly sequencing exomes and whole genomes.”

Complete instrument and anticipated performance specifications, a technical report and data sets, along with pricing for the G4 and initial consumable kit configurations, are available by request.