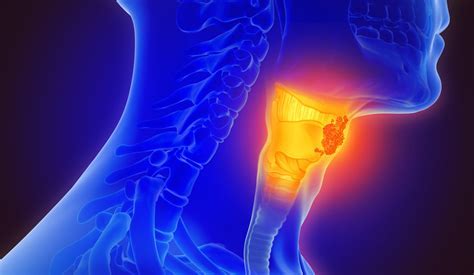 Merck, a leading science and technology company, today announced that the IAP (inhibitor of apoptosis protein) inhibitor xevinapant (formerly known as Debio 1143) plus chemoradiotherapy (CRT) markedly improved long-term efficacy outcomes in patients with unresected locally advanced squamous cell carcinoma of the head and neck (LA SCCHN) compared with placebo plus CRT. The addition of xevinapant more than halved the risk of death over five years compared with placebo. These late-breaking data from the 96-patient Phase II trial will be presented during the mini-oral session on head and neck cancer on September 10, 2022 at 10:55 AM CEST (Abstract #LBA33) at the European Society of Medical Oncology Congress 2022.

“There is a clear need for improved treatment options for patients with unresected locally advanced head and neck cancer. Chemoradiotherapy has served as the standard of care in this setting for the past several decades, yet half of patients treated with CRT see their cancer return, whether locally or as metastatic disease,” said Prof. Jean Bourhis, M.D., Ph.D., Department Head of Radio-Oncology at the University Hospital of Lausanne and lead investigator of the study. “The five-year results from this randomized Phase II study are the first to show improved efficacy outcomes over standard of care for these patients and suggest the potential for xevinapant to increase the proportion of patients who achieve cure following definitive therapy.”

As previously reported, the addition of xevinapant to CRT was well-tolerated and consistent with the safety profile of CRT alone with approximately two years of follow-up. Adverse events of grade 3 or higher were reported in 41 (85%) of 48 patients in the xevinapant group and 41 (87%) of 47 patients in the placebo group. The most common grade 3 or higher treatment-emergent adverse events among patients who received xevinapant plus CRT that occurred in more than 15% of patients were dysphagia (50%), anemia (35%), mucositis (31%), and neutropenia (23%).1 Follow-up analysis at three years showed similar safety.2

“Head and neck cancer is a devastating disease that often has a profound impact on a patient’s ability to eat, communicate and even sleep, yet there have been few treatment advances over the past 20 years,” said Amanda Hollinger, Executive Director, Head and Neck Cancer Alliance. “We are hopeful that these findings may pave the way for a new approach that can improve outcomes.”

Previously reported results from the randomized, double-blind Phase II study showed the addition of xevinapant to standard-of-care CRT provided a statistically significant improvement in locoregional control rate at 18 months, the primary endpoint, versus placebo and CRT in patients with unresected LA SCCHN (54% [95% CI, 39 to 69] versus 33% [95% CI, 20 to 48]; odds ratio 2.69 [95% CI, 1.13 to 6.42]; p=0.026). Primary results of the study were published in The Lancet Oncology.1

“The opportunity to develop an oncology medicine in a curative setting is a rare privilege, especially for a hard-to-treat disease such as locally advanced head and neck cancer, where many patients cannot undergo surgery,” said Victoria Zazulina, M.D., Head of Development Unit Oncology, Merck. “Based on these Phase II results, we are committed to exploring the potential value of xevinapant in the locally advanced setting through our ongoing Phase III program, as we pioneer the investigation of the apoptotic pathway as a novel treatment modality.”

In February 2020, the U.S. Food and Drug Administration granted Breakthrough Therapy Designation to xevinapant (formerly under development with Debiopharm as Debio 1143) for treatment of patients with previously untreated LA SCCHN, in combination with current standard of care, based on results of the Phase II trial.