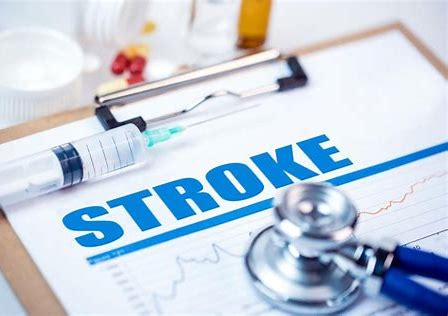 The research was led by Weifei Zhu, Ph.D., and Stanley Hazen, M.D., Ph.D., of Cleveland Clinic's Lerner Research Institute. The study builds on more than a decade of research spearheaded by Dr. Hazen and his team related to the gut microbiome's role in cardiovascular health and disease, including the adverse effects of TMAO (trimethylamine N-oxide) - a byproduct produced when gut bacteria digest certain nutrients abundant in red meat and other animal products.

"In this study we found that dietary choline and TMAO produced greater stroke size and severity, and poorer outcomes in animal models," said Dr. Hazen, chair of the Department of Cardiovascular & Metabolic Sciences and director of Cleveland Clinic's Center for Microbiome & Human Health. "Remarkably, simply transplanting gut microbes capable of making TMAO was enough to cause a profound change in stroke severity."

Previously, Dr. Hazen and his team discovered that elevated TMAO levels can lead to the development of cardiovascular disease. In clinical studies involving thousands of patients, they have shown that blood levels of TMAO predict future risk of heart attack, stroke and death -findings that have been replicated around the world. Earlier studies, also led by Drs. Zhu and Hazen, were the first to show a link between TMAO and enhanced risk for blood clotting.

"This new study expands on these findings, and for the first time provides proof that gut microbes in general - and through TMAO specifically - can directly impact stroke severity or post-stroke functional impairment," said Dr. Hazen.

The researchers compared brain damage in preclinical stroke models between those with elevated or reduced TMAO levels. Over time, those with higher levels of TMAO had more extensive brain damage and a greater degree of motor and cognitive functional deficits following stroke. The researchers also found that dietary changes that alter TMAO levels, such as eating less red meat and eggs, impacted stroke severity.

"Functionality after a stroke - which occurs when blood flow to the brain is blocked - is a major concern for patients," said Dr. Hazen, who is also co-section head of Preventive Cardiology & Cardiac Rehabilitation in Cleveland Clinic's Miller Heart, Vascular & Thoracic Institute. "To understand if choline and TMAO affect post-stroke functionality, in addition to stroke severity, we compared performance on various tasks pre-stroke, and then both in the short- and long-term following stroke."

According to Dr. Zhu, targeting this gut microbe enzyme may be a promising approach to prevent stroke. "When we genetically silenced the gut microbe gene that encodes CutC, stroke severity significantly diminished," she said. "Ongoing research is exploring this treatment approach, as well as the potential for dietary interventions to help reduce TMAO levels and stroke risk, since both a Western diet and a diet rich in red meat are known to elevate TMAO levels. Switching to plant-based protein sources helps to lower TMAO."

Dr. Hazen is an elected member of the National Academy of Medicine and holds the Jan Bleeksma Chair in Vascular Biology and Atherosclerosis, and the Leonard Krieger Chair in Preventive Cardiology at Cleveland Clinic. His seminal discoveries related to TMAO have been replicated around the world, and TMAO testing has been widely adopted in clinical practice.

The study was supported in part by the National Heart, Lung, and Blood Institute.