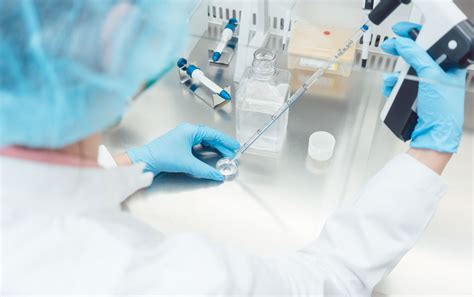 -Aurion Biotech, whose mission is to cure blindness by developing a differentiated platform of advanced therapies to treat ocular diseases, today announced preliminary findings from its IOTA trial, conducted in November 2020 and in May of this year, at the Clínica Quesada in San Salvador, El Salvador.

“This is a landmark moment for the treatment of corneal endothelial disease,” declared Dr. Holland, chief medical advisor and medical advisory board chair at Aurion Biotech. “We achieved what we set out to accomplish: in IOTA-Part 1, we were able to treat 16 patients from a single donor. In IOTA-Part 2, we treated 34 patients from a single donor. Equally important: we confirmed that this procedure is accessible for surgeons and minimally invasive for patients. The initial readout from this proof-of-concept trial is promising: patients have demonstrated improvements in visual acuity and central corneal thickness. We will continue to monitor these patients over time, to assess the safety and efficacy of the cell therapy treatment.”

The IOTA trial was conducted as a proof of concept of previous studies of the cell therapy procedure developed by Professor Kinoshita and his KPUM colleagues.

“The IOTA trial has given us invaluable clinical insights and confirms that this procedure can restore vision to patients suffering from blindness resulting from corneal endothelial disease,” said Greg Kunst, Aurion Biotech’s chief executive officer. “Until Professor Kinoshita’s astonishing innovations in corneal endothelial cell therapy, vision loss caused by corneal edema has remained largely underserved. That’s because of a chronic undersupply of donor corneas and current standards of care that involve exceptionally complex procedures. Because we have acquired this intellectual property, we look forward to advancing this cell therapy through regulatory approval in the US and elsewhere, to restore vision to patients throughout the world.”

Patients in the IOTA trial will be assessed periodically over twelve months according to protocol guidelines and beyond conclusion of the trial, to monitor safety and efficacy of treatment. Aurion Biotech intends to publish key findings in the future, in order to contribute to a greater medical and scientific understanding of corneal endothelial cell therapy.