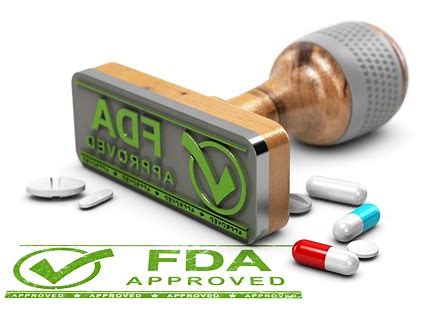 KRAS G12C, a Driver Mutation Found in About 13% of Patients With Non-Squamous Non-Small Cell Lung Cancer, is Now Actionable(1)

Amgen (NASDAQ: AMGN) today announced that the U.S. Food and Drug Administration (FDA) has approved LUMAKRAS™ (sotorasib) for the treatment of adult patients with KRAS G12C-mutated locally advanced or metastatic non-small cell lung cancer (NSCLC), as determined by an FDA-approved test, who have received at least one prior systemic therapy. LUMAKRAS has received accelerated approval based on overall response rate (ORR) and duration of response (DoR). Continued approval for this indication may be contingent upon verification and description of clinical benefit in a confirmatory trial(s).

To view the multimedia assets associated with this release, please click: https://www.multivu.com/players/English/8812853-amgen-fda-approval-lumakras-sotorasib-targeted-kras-g12c-lung-cancer/

"The FDA approval of LUMAKRAS is a breakthrough moment for patients with KRAS G12C-mutated non-small cell lung cancer because there is now a targeted therapy for this common, but previously elusive, mutation," said David M. Reese, M.D., executive vice president of Research and Development at Amgen. "KRAS has challenged cancer researchers for more than 40 years with many deeming it as 'undruggable.' The LUMAKRAS development program was a race against cancer for Amgen's scientists and clinical trial investigators who together have now successfully delivered this new medicine to patients in less than three years—from first patient dosed to U.S. regulatory approval."

The FDA approval of LUMAKRAS is based on results from a subset of patients in CodeBreaK 100, the largest clinical trial conducted to date exclusively for patients with the KRAS G12C mutation. The trial demonstrated favorable efficacy and tolerability in 124 patients with KRAS G12C mutation-positive NSCLC who had disease progression after receiving an immunotherapy and/or chemotherapy. In the trial, 960 mg of LUMAKRAS administered orally once-daily demonstrated an ORR (a proportion of patients with ≥ 30% decrease in tumor) of 36% (95% CI: 28-45) with 81% (95% CI: 73-87) of patients achieving disease control (percentage of patients who have achieved complete response, partial response and stable disease for more than three months). The median DoR was 10 months. The most common adverse reactions (≥ 20%) were diarrhea, musculoskeletal pain, nausea, fatigue, hepatotoxicity and cough. Adverse reactions resulting in permanent discontinuation of LUMAKRAS occurred in 9% of patients.

"Sotorasib represents a major advancement in oncology and changes the treatment paradigm for patients with KRAS G12C-mutated non-small cell lung cancer," said Bob T. Li, M.D., Ph.D., MPH, principal investigator at Memorial Sloan Kettering Cancer Center. "Patients with non-small cell lung cancer who have progressed beyond first-line treatment face a poor prognosis and have limited treatment options available to them. Sotorasib delivers a new option for these patients, and it is the first KRAS-targeted therapy to be approved after nearly four decades of research."

NSCLC accounts for approximately 84% of the 2.2 million new lung cancer diagnoses each year worldwide, including approximately 236,000 new cases in the U.S.2,3 KRAS G12C is one of the most prevalent driver mutations in NSCLC, with about 13% of patients with non-squamous NSCLC in the U.S. having the KRAS G12C mutation.1

Amgen's Commitment to Comprehensive Biomarker Testing and Patient SupportAbout half of all patients with NSCLC harbor a targetable driver mutation, yet despite the integral role that biomarkers play in identifying patients who may benefit from targeted therapies, many patients are not tested.4,5

Amgen has partnered with two companies—Guardant Health and QIAGEN—to develop blood- and tissue-based companion diagnostics (CDx), respectively, for LUMAKRAS. With the addition of these tests, patients and clinicians will have more options and flexibility for conducting KRAS G12C biomarker testing.

"Biomarker testing for patients with non-small cell lung cancer is critical because it informs a patient's treatment path with a personalized and tailored approach. The only way to identify the KRAS G12C mutation is to test for it, so I urge patients to ask their care teams about comprehensive biomarker testing. It is important that patients and their healthcare providers know that KRAS G12C is now an actionable mutation," said Andrea Ferris, president and CEO of LUNGevity. "Today's FDA approval of a therapy targeted for KRAS G12C, one of the most prevalent biomarkers in non-small cell lung cancer, brings hope to the many patients who carry this mutation and is a significant moment for the lung cancer community who need more innovative treatment options."

Amgen is committed to supporting patients with NSCLC and to helping appropriate patients with affordable access to LUMAKRAS. Patients, caregivers and physicians who need support, tools or resources can contact Amgen Assist360™(1-888-4ASSIST). Amgen also provides patient assistance for its medicines marketed in the U.S. in a variety of ways, including free medicines through the Amgen Safety Net Foundation for qualifying individuals with no or limited drug coverage.

Live audio of the investor call will be simultaneously broadcast over the Internet and will be available to members of the news media, investors and the general public.

The webcast, as with other selected presentations regarding developments in Amgen's business given by management at certain investor and medical conferences, can be found on Amgen's website, www.amgen.com, under Investors. Information regarding presentation times, webcast availability and webcast links are noted on Amgen's Investor Relations Events Calendar. The webcast will be archived and available for replay for at least 90 days after the event.

About LUMAKRAS™ (sotorasib)Amgen has taken on one of the toughest challenges of the last 40 years in cancer research by developing LUMAKRAS, a KRASG12C inhibitor.6 LUMAKRAS was the first KRASG12C inhibitor to enter the clinic and is being studied in the largest clinical program exploring 11 combinations with global investigator sites spanning five continents.

LUMAKRAS has demonstrated a positive benefit-risk profile with rapid, deep and durable anticancer activity in patients with locally advanced and metastatic non-small cell lung cancer (NSCLC) harboring the KRAS G12C mutation with a once daily oral formulation. As part of the evaluation for this accelerated approval, FDA is requiring a post-marketing trial to investigate whether a lower dose will have a similar clinical effect.

LUMAKRAS is also being studied in multiple other solid tumors.6

In the U.S., LUMAKRAS was reviewed by the FDA under its Real-Time Oncology Review (RTOR), a pilot program that aims to explore a more efficient review process that ensures safe and effective treatments are made available to patients as early as possible. Amgen submitted a Marketing Authorization Application (MAA) in the EU in December 2020 and New Drug Applications in Japan (J-NDA) and Switzerland in April 2021. Additionally, Amgen submitted MAAs for sotorasib in Australia, Brazil, Canada and the United Kingdom in January 2021 to participate in the FDA's Project Orbis initiative. Sotorasib was granted Breakthrough Therapy Designation in the U.S. and China.

LUMAKRAS™ (sotorasib) U.S. IndicationLUMAKRAS™ is indicated for the treatment of adult patients with KRAS G12C-mutated locally advanced or metastatic non-small cell lung cancer (NSCLC), as determined by an FDA-approved test, who have received at least one prior systemic therapy.

This indication is approved under accelerated approval based on overall response rate (ORR) and duration of response (DOR). Continued approval for this indication may be contingent upon verification and description of clinical benefit in a confirmatory trial(s).

About Non-Small Cell Lung Cancer and the KRAS G12C MutationLung cancer is the leading cause of cancer-related deaths worldwide, and it accounts for more deaths worldwide than colon cancer, breast cancer and prostate cancer combined.3 Overall survival rates for NSCLC are improving, but remain poor for patients with advanced disease and 5-year survival is only 7% for those with metastatic disease.7

KRAS G12C is the most common KRAS mutation in NSCLC.8 In the U.S., about 13% of patients with non-squamous NSCLC harbor the KRAS G12C mutation.1 Unmet medical need remains high and treatment options are limited for NSCLC patients with the KRAS G12C mutation whose first-line treatment has failed to work or has stopped working. The outcomes with current therapies are suboptimal with a median progression-free survival of approximately 4 months following second-line treatment of KRAS G12C-mutated NSCLC.9