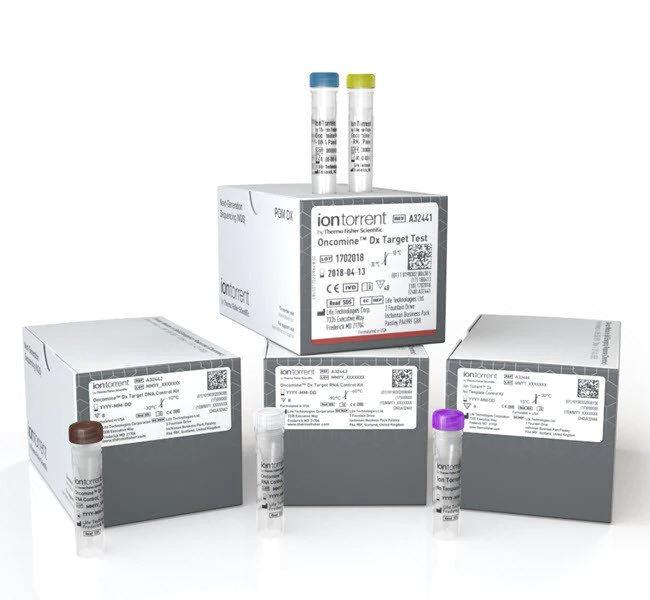 EXKIVITY is a small-molecule tyrosine kinase inhibitor (TKI) designed to selectively target EGFR Exon20 insertion mutations. It received approval by the FDA on September 15, 2021 for the treatment of adult patients with locally advanced or metastatic non-small cell lung cancer (NSCLC) with EGFR Exon20 insertion mutations as detected by an FDA-approved test, whose disease has progressed on or after platinum-based chemotherapy. This indication is approved under Accelerated Approval based on overall response rate and duration of response demonstrated in the platinum-pretreated population of the Phase 1/2 trial of EXKIVITY. Continued approval for this indication may be contingent upon verification and description of clinical benefit in a confirmatory trial.

"Without proper and timely diagnoses, patients with EGFR Exon20 insertion mutations don't have access to therapies that can most effectively treat their disease," said Dion Warren, vice president, head of U.S. Oncology Business Unit at Takeda Oncology. "We're pleased to partner with Thermo Fisher to identify and address the unmet needs of patients with this rare cancer."

Lung cancer is the leading cause of cancer death among both men and women in the United States, and non-small cell lung cancer accounts for about 80 to 85 percent of all lung cancer cases.[i] Additionally, EGFR-positive mutations are observed in up to 18 percent of lung cancer cases in the U.S., offering an opportunity to identify and group patients based on this biomarker.[ii] While EGFR mutations are an important therapeutic target, there is a gap in therapies available for EGFR Exon20 insertion mutations,[iii] which affects approximately 1-2 percent of patients with NSCLC.[iv]

"EXKIVITY offers new hope to previously treated patients with mNSCLC and EGFR Exon20 insertion mutations, who usually do not respond well to other available treatments," said Garret Hampton, president, clinical next-generation sequencing and oncology at Thermo Fisher Scientific. "FDA approval of the Oncomine Dx Target Test as a companion diagnostic for EXKIVITY will allow clinicians to identify key biomarkers in patients who could benefit from this targeted therapy. Working closely with Takeda to scale the clinical adoption of the test as a companion diagnostic for EXKIVITY is an important next step to enabling precision medicine and potentially improving outcomes of lung cancer patients."

Oncomine Dx Target Test simultaneously evaluates 23 genes associated with NSCLC. The FDA first approved the test as a CDx in 2017 and it is now approved for five targeted therapies for NSCLC and one targeted therapy for cholangiocarcinoma in the U.S. The test has also been approved by Japan's Ministry of Health, Labour and Welfare (MHLW) as a CDx for five biomarkers – EGFR, ALK, ROS1, BRAF, and RET – associated with 10 targeted therapies for NSCLC. The test is currently approved and reimbursed by government and commercial insurers in more than 15 countries, including the U.S., multiple European nations, Japan, South Korea and the Middle East, and covering more than 550 million lives globally.