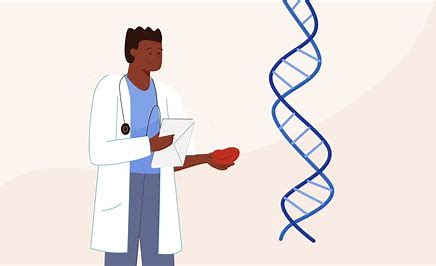 Paradigm is commercialising a new treatment for osteoarthritis by repurposing existing drug pentosan polysulphate sodium (PPS), which historically had been used as a mild blood thinner.

Paradigm Biopharmaceuticals CEO Marco Polizzi says it will be a game changer for osteoarthritis sufferers if its drug can halt or reverse the progression of the disease.

Patients have already had improvement in pain, function and stiffness scores, 56 days into the year-long trial.
Paradigm said patients receiving injectable pentosan polysulfate sodium (PPS) showed “statistically significant improvement” in pain and stiffness scores at day 56.
Patients received either a subcutaneous injection of 2.0mg/kg PPS twice weekly, PPS once weekly and a placebo injection, or two placebo injections a week for six weeks.
At day-56, the mean change from baseline in Western Ontario and McMaster Universities Osteoarthritis Index (Womac) pain scores was 50 percent compared to 30 percent (p = 0.05) for twice weekly PPS and placebo, respectively, as well as a 50 percent percentage change from baseline in Womac function scores compared to 25 percent (p = 0.017) for twice weekly PPS compared to placebo respectively.
The phase II trial is an exploratory study “not intended to be powered to obtain statistical significance”.
Paradigm chief medical officer Dr Donna Skerrett said the company was “very encouraged by the synovial fluid biomarker signals we see in this study”.
“The observed changes indicate mechanistic effects through pain, inflammation, and chondroprotective pathways.
"These changes are consistent with the clinical effects observed in this and prior studies of iPPS in osteoarthritis.”
“Evidence of multimodal effects supports our understanding of the actions of iPPS,” Dr Skerrett said.
“These biomarker changes in the joint, following subcutaneous administration of iPPS, demonstrate local effects in the synovial fluid.” “These are meaningful signals that we will evaluate together with clinical and imaging outcomes in order to demonstrate disease modifying effects and to pursue regulatory authority guidance on a disease modifying pathway,” Dr Skerrett said.
The trial sits alongside a phase three trial for PPS looking at its use for pain and function in knee osteoarthritis.

Paradigm Biopharmaceuticals CEO Marco Polizzi said if the company can show disease modification, rather than just symptom management, it would unlock a much higher value for the drug.

PPS was developed in the 1940s and has also been used to treat bladder inflammation.

Because Paradigm is repurposing an existing drug, it did not need to complete phase one safety and toxicity trials because the drug has already been shown to be safely tolerated in humans.

Osteoarthritis affects one in five Australians over the age of 45. There are no treatments available that halt or slow the progression of the disease.

Existing treatments are focused on symptom management and range from mild analgesics such as paracetamol to opioid-based analgesics and corticosteroids or hyaluronic acid injections.

Paradigm hopes PPS will succeed in reducing the breakdown of cartilage that is associated with the condition.

The company expects to announce additional findings from the phase two trial in the first quarter of next year, once the trial has been running for six months.

It hopes to have its phase three study completed in 2025, ahead of making submissions to regulators for approval in 2026.

“If we can show disease-modifying potential, well, there is no other product approved with that potential and that would be a grand slam,” Mr Polizzi said.

The company is also investigating the use of PPS, which is sold under the name Zilosu, for the treatment of asthma, heart failure and a group of inherited metabolic diseases characterised by the absence or malfunctioning of certain enzymes the body needs to break down long chains of sugars that make up carbohydrates.