Cynata Enters into a New Strategic Partnership with Fujifilm

Cynata and Fujifilm have entered into a new strategic partnership which includes detailed and agreed core terms for Fujifilm to provide clinical and commercial manufacturing services for, and supply of, Cynata's Cymerus™ therapeutic mesenchymal stem cell (MSC) products 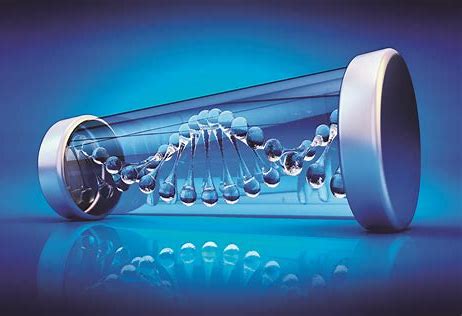 Cynata Therapeutics Limited (ASX: "CYP" or "Cynata"), a clinical-stage biotechnology company specialising in cell therapeutics, has today announced that it has entered into a new strategic partnership agreement ("SPA") with Fujifilm Corporation ("Fujifilm").

Cynata has regained rights to CYP-001 for graft-vs-host-disease ("GvHD") and Fujifilm will pay Cynata US$5m under the September 2019 licence agreement.  The licence agreement has been terminated and Cynata will immediately implement a US development strategy for CYP-001 to capitalize on the unmet need and market opportunity for an effective and scalable MSC therapeutic for GvHD in the US market, for which it has already secured Orphan Drug Designation.

Cynata and Fujifilm intend to collaborate initially toward establishing at Fujifilm the current manufacturing process in place at Cynata's existing contract manufacturer, Waisman Biomanufacturing.  In the meantime, Waisman will continue to manufacture product for Cynata's current clinical trials, which will continue as planned.  The SPA sets out the core terms to be incorporated in the MSA for Fujifilm to undertake technology transfer, process validation and manufacturing under stage-by-stage, commercial, arms-length arrangements.  Details of the initial stages of the process are presently being finalised and Cynata has made an initial in-principle expenditure commitment of US$2m.  Cynata and Fujifilm intend that Fujifilm will have first rights to manufacture clinical and commercial requirements for Cymerus therapeutic MSC products.  In addition, and in recognition of the progress made by Fujifilm, Cynata will pay Fujifilm a proportion of any upfront licence fee received by Cynata if Cynata approves main terms of a GvHD licence agreement with certain third parties within the next 6 months.

As part of the new partnership agreement, Fujifilm has agreed to a new voluntary escrow over the approximately 8.1 million shares it holds in Cynata. This escrow will be in place for 90 days and will be extended for up to a total of 15 months at the time of execution of an MSA.

Cynata has already secured Orphan Drug Designation from the U.S. Food and Drug Administration ("FDA") for CYP-001 for the treatment of GvHD, potentially providing several commercially significant incentives, including seven years of marketing exclusivity, substantial tax credits and a waiver of FDA fees.

Cynata will now engage with the FDA on further clinical development of CYP-001 in the US via a Phase 2 clinical trial, using an iPSC master cell bank created by Fujifilm Cellular Dynamics, Inc.  The previously completed Phase 1 clinical trial of CYP-001 in GvHD, results of which were published in Nature Medicine, met all safety and efficacy endpoints and broke ground by being the world's first clinical trial of an allogeneic iPSC-derived product.  A Phase 2 trial in GvHD will be an important late-stage addition to Cynata's active pipeline, which also includes two clinical trials currently underway: the SCUlpTOR Phase 3 trial in osteoarthritis and the MEND trial in respiratory distress, with a third trial, in diabetic foot ulcers ("DFU"), expected to commence later this calendar year.

In view of this broad and rich clinical pipeline and the current exposure to the diabetes therapy sector afforded through the planned DFU trial, Cynata will divert future activities around the currently on-hold critical limb ischemia indication toward partnering.

"The execution of this new strategic partnership agreement with Fujifilm builds on a long and productive relationship between the two companies.  Fujifilm Cellular Dynamics, Inc (a Fujifilm subsidiary) developed the original iPSC line used in Cynata's Cymerus manufacturing process and we look forward to the extensive experience in cell therapy manufacture among the Fujifilm group being of significant long-term benefit to Cynata as we advance the development of our unique MSC therapeutic products.  With Cynata having secured Orphan Drug Designation and regaining development and commercialisation rights to the GvHD indication we are excited to accelerate development in the important US market. This is especially so with our Cymerus technology addressing many of the complexities and challenges of manufacturing MSCs at commercial scale and with the FDA having shown its willingness to consider MSCs as a new treatment modality where the product has a scalable manufacturing process to maintain product consistency. Importantly, Fujifilm has also confirmed its strong commitment to the new product manufacturing partnership by agreeing to a further voluntary escrow over their shares in Cynata."

"Fujifilm has promoted development and manufacturing of cell therapies through collaborations with our partners, building on the strengths of FUJIFILM Cellular Dynamics, Inc. to produce therapeutic iPS cells in a stable and efficient way. The new strategic agreement builds on the partnership with Cynata to maximize the strengths and resources of both companies and further promote industrial application of iPS cell-derived regenerative medicine.  We are confident that our significant, long-term investment in Cynata will reap rewards as it continues to meet its goals in developing the Cymerus technology."