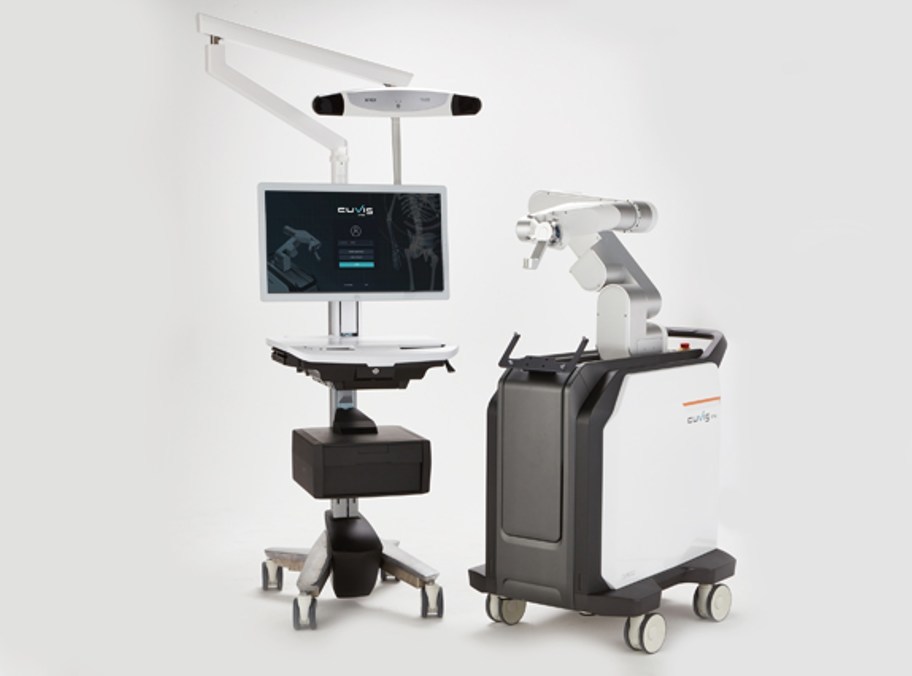 This FDA (US) license, followed by Korea (2019) and Europe CE (2020) certificate is the 3rd license that they have acquired and now their product can be supplied to all countries.

Currently, 2 'CUVIS-spine's are being used in Severance Hospital (Korea) and 1 has been exported to an Australian medical facility company. CUREXO also plans to expand their focus on global markets including the US and Europe.

Spinal surgery robot 'CUVIS-spine' is a next-gen spinal surgery robot that guides the insertion of a pedicle screw according to the surgery plan. It uses a high precision robot arm, wireless one-step, navigation based on a real-time GPS sensor to provide precise, safe and faster surgery compared to traditional manual surgery. Also, it minimizes the filming and reduces the radiation exposure of both patients and medical staff.

Both 2-dimensional filming (C-arm) and 3-dimensional filming (O-arm) are applicable with this solution which provides great expandability. With the Wireless One-step and the robot system, it allows multiple steps (Needle, K-wire, Dilation, Tapping) of traditional manual surgery to be performed with one surgery tool and it reduces surgery duration greatly. It allows Minimally Invasive Surgery (MIS) which means that the patient's recovery time will be quicker compared to manual surgery.

Mr Jae-Joon Lee (CEO of CUREXO) said that "the spinal surgery robot 'CUVIS-spine' that we have developed and manufactured with our technology has acquired FDA (US)'s licensing. This is the 3rd license that we have acquired, followed by Korea and Europe, and now we can sell our solution in all countries including the US which is the biggest medical market." He also said that "CUREXO plans to focus on our medical robots sales, including 'CUVIS-joint', 'CUVIS-spine' and 'Morning Walk' to not only the Korean market but also to advanced medical markets such as the US and Europe."