Test can deliver results within 30 minutes, boosting testing capacity up to 5-fold Optimal for on-site testing at large-scale facilities such as schools, airports Accuracy near to RT-PCR tests even for asymptomatic patients "Reasonable price to allow easy and swift testing for anybody 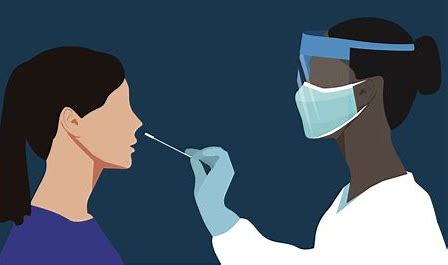 This new assay is optimized for the 'living with COVID-19' era, where mass, swift and cost-efficient testing is vital. The test can deliver results within 30 minutes, the fastest among diagnostics assays developed by Seegene, while matching the accuracy of RT-PCR tests.

Thanks to its cost efficiency, the assay is expected to allow wide-spread access and can be easily used at airports, schools and other large-scale facilities.

Greater Testing Capacity: Faster turnaround times lead to greater lab testing capacity of up to five times with existing Seegene's PCR instruments. Increased testing is critical as countries ease Covid-19 restrictions. Mass testing can be the most effective tool for large-scale events and venues such as concerts, airports, schools and stadiums.

High Accuracy: The assay can deliver accurate results near RT-PCR tests, even detecting COVID-19 viruses from asymptomatic patients. In a recent experiment, Seegene's new assay results agreed with positive results generated through conventional RT-PCR. Rapid antigen tests have been the go-to solution for timely, point-of-care testing. However, its accuracy has been questioned as, in some cases, it can give false-negative results, especially for transmissible but asymptomatic patients.

In the coming months, Seegene will allow laboratories to process Allplex™ SARS-CoV-2 fast MDx Assay using its fully automated MDx system, AIOS. The combination of these two will offer a 'hands-free' workflow from extraction to the interpretation of results without manual intervention. This will increase the access to testing at venues where they need fast, accurate and large-scale testing. This assay's price will also be more economical than standard RT-PCR assays.

"Large-scale on-site testing is more important than ever as many countries decide to live with Covid-19," said Ho Yi, Seegene's Chief Sales and Marketing Officer. "The newly developed test can provide accurate results and greatly reduce the turnaround time. Seegene will target global markets that require large-scale on-site testing by offering the new test at a reasonable price and will make efforts to normalize daily lives by fostering an environment where anybody can get swiftly tested."