Adge Pharmaceuticals ("Adge") has entered into a license agreement with Korea-based Cyan Bio, Inc. ("Cyan"). Cyan will receive exclusive rights for commercialization of elocalcitol in key territories in Asia for the treatment of the Rett Syndrome and Osteogenesis imperfecta. The territories include Korea, Greater China, Japan, India and Southeast Asian countries. In parallel with the licensing agreement, Cyan will make an equity investment in Adge. 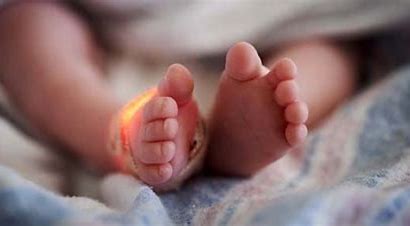 As announced earlier (https://adgepharm.com/news/mar-22-2022/), Adge has secured a global license to RO269228, a clinical stage oral small molecule originally developed by Roche for osteoporosis. RO269228, also known as elocalcitol, is a vitamin D analog which has demonstrated efficacy and safety in multiple Phase 2 clinical trials. Furthermore, its mechanism of actions are highly relevant to addressing pathogenesis of multiple rare diseases including Rett Syndrome and Osteogenesis imperfecta that Adge is targeting as priority indications.

Dr. Kalev Kask, CEO and founder of Adge, commented, "Partnership with Cyan is an important step towards broadening the international reach of Adge as it continues to develop elocalcitol, its key asset, for the treatment of the Rett Syndrome and Osteogenesis imperfecta, two rare pediatric diseases for which Asian countries are a market of growing significance. We are extremely pleased to have been able to partner with Cyan as a specialist of those markets".

Michelle Kim, CEO of Cyan, added, "We are delighted to partner with Adge in developing elocalcitol to address a significant unmet need to benefit patients in Asia."

Rett syndrome is a neurodevelopmental disorder that is caused by a mutation in the MECP2 gene and almost exclusively affects girls. It is characterized by normal early growth and development followed by a slowdown in development, slowed brain and head growth, loss of purposeful use of the hands, distinctive hand movements, problems with walking, seizures, autistic behavior and intellectual disability. Rett syndrome is the second most prevalent neurodevelopmental disorder in girls after Down syndrome affecting an estimated 1 in 9,000 to 10,000 females.

Osteogenesis imperfecta, also known as brittle bone disease, is a group of genetic diseases that primarily affect the bones. People with this condition have bones that fracture easily, often from mild trauma or with no apparent cause. Multiple fractures are common, and in severe cases, can occur even before birth. Osteogenesis imperfecta affects approximately 1 in 10,000 to 20,000 people worldwide.

Adge Pharmaceuticals is a clinical-stage biopharmaceutical company focused on the development of first-in-class therapies for orphan indications.

"Cyan Bio (www.cyanbio.com) is a Korea based company focused on identifying and nurturing promising opportunities that address unmet medical needs.