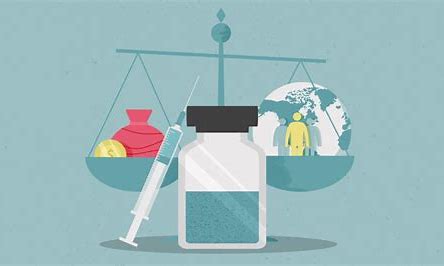 Hanmi Science doesn't just want the world to know they are committed to vaccine equity, they want to prove it. Mr. Lim, CEO of Hanmi Science, echoes the concerns of Mr. Bill Gates, co-founder of the Bill & Melinda Gates Foundation. As Mr. Gates stated in an April 25 Sky News interview, "There's only so many vaccine factories in the world…every manufacturing process has to be looked at in a careful way." Mr. Lim is deeply concerned by the complex logistics required by high-efficacy vaccines, such as those used in the global fight against COVID-19. "These vaccines, and the raw materials they are made from, can be challenging to transport. This leads to shelf-life problems, wasted doses, unwanted side effects and economic loss". Mr. Lim is confident that Hanmi Science can help.

In July 2021, the Korea National Institute of Health (KNIH) validated Hanmi's ability to synthesize six types of mRNA core materials. As noted by Mr. Lim, "Hanmi is the only company in Korea that has the ability of producing and supplying materials for 300 million doses within 12 months and Hanmi can rapidly supply the core materials of mRNA which is now in short of supply worldwide." Hanmi also confirmed its participation in the World Health Organization's (WHO) plan to construct regional hubs for the worldwide supply of vaccines.

It is well understood that the lipid structure of mRNA, including the genome, is very fragile requiring careful handling and stringent logistics. Hanmi's approach enables the synthesis of mRNA at, or close to, any vaccine manufacturing site, thereby eliminating the need for long distance mRNA transport.

This is just one component of Hanmi's broader plans. On October 26, Mr. Lim signed a Memorandum of Understanding with Oxford University. This follows Hanmi's 2018 investment in Vacmedix, and Mr. Lim's recent appointment to the Vacmedix board.

In closing, Mr. Lim, states "I often think of the words of UNICEF Secretary-General Henrietta Faure, who said, 'This crisis is not over until it is over for all of us.' Hanmi is working hard to end this crisis for all."