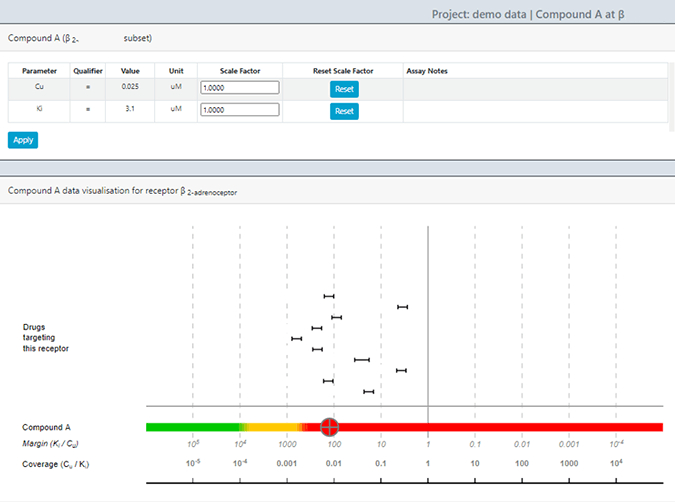 Certara, Inc. (Nasdaq: CERT), the global leader in biosimulation, today announced the launch of its Secondary Intelligence™ software, the first and only software that quantitatively predicts the risk of adverse effects and safety issues derived from secondary pharmacology that may impede the clinical development of a drug.

Safety issues account for approximately one quarter of candidate attrition in drug development projects. They can arise from either intended or unintended drug-receptor interactions, also known as primary or secondary pharmacology, respectively. Secondary pharmacological profiling is increasingly applied by drug developers and assessed by regulators to evaluate the potential of off-target effects of novel drugs.  To address secondary pharmacology, researchers typically screen their small molecule compounds against a broad panel of off-target receptors. The challenge is interpreting the readouts to understand which receptor interactions will contribute to potential adverse effects in clinical development and post-marketing.

“While drug developers and regulators rely on secondary pharmacology analyses to support critical development decisions, the current process is inefficient, inconsistent, and often imprecise,” said William F. Feehery, Ph.D., CEO of Certara. “With our Secondary Intelligence software, drug developers will be able to make faster, more confident go/no go portfolio decisions earlier in the drug discovery and development process which will help to increase the likelihood of success in clinical trials.”

Certara’s Secondary Intelligence software is the only software that curates and visualizes secondary pharmacology analyses to evaluate safety liabilities against multiple receptors.  It ranks the likelihood of off-target interaction during clinical use to make critical decisions on which compounds to progress or modify.

“We have unlocked the potential of secondary pharmacology data to provide automated intelligence so that safety pharmacologists and toxicologists can more confidently and consistently predict the off-target safety risks associated with their compounds faster and earlier,” said Will Redfern, Ph.D., Vice President, Quantitative Systems Toxicology & Safety at Certara. “Secondary Intelligence allows drug developers to de-risk their programs with evidence-based secondary pharmacology insights, which could save significant time, cost, and resources further down the line.”