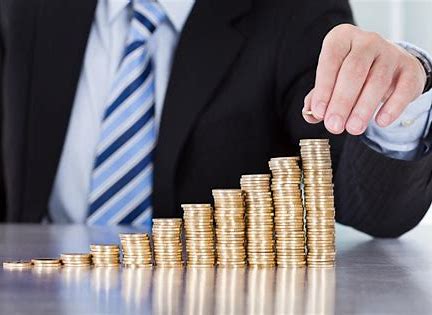 The therapeutics market for autoimmune disease is the second-largest segment after cancer treatments, with an estimated 350-450 million patients worldwide. However, currently available medications are developed with biological mechanisms and drug targets with inherent drawbacks that lead to risks of severe side effects, low patient response rates, and many other problems.

Founded by a group of researchers in the emerging field of immunometabolism, META Pharmaceuticals is developing first-in-class drugs with a new mechanism that effectively regulates the immune system by modulating cell metabolism. This strategy that holds the promise of delivering treatment options with stronger potency and fewer side effects for a variety of chronic diseases. It has built a AI-enabled, multi-omics-based target discovery platform for metabolic pathways, dubbed META-Map, that can sift through thousands of metabolic proteases for specific therapeutic effects. The team has identified a series of new druggable targets with first-in-class potential and developed a pipeline with three first-in-class small molecule inhibitors, one of which is a candidate for a broad spectrum of autoimmune diseases and is expected to file for IND in both the US and China as early as 2024.

To accelerate drug discovery, META Pharmaceuticals as formed a close partnership with XtalPi, an AI drug discovery and development platform company. The two AI platforms can create a fast and reliable analytic and validation loop for new therapeutic targets and their mechanisms of action, thus accelerating the translation of new targets into patents and pipeline assets.

The new funding will help META accelerate its three candidates toward clinical trials and further expand its proprietary META-map platform to cover more disease areas as it continues to grow its pipeline. META Pharmaceuticals will also expand its team and establish its first biology laboratory in Shenzhen, China, to further strengthen the company's research capabilities in immunometabolism and drive target discovery.

Dr. Ke Xu, Co-founder & CEO of META Pharmaceuticals, said, "Thanks to the support of our investors and partners, we were able to reach significant R&D milestones and raise two rounds of financing in just six months. META Pharmaceuticals aspires to become a global leader in immunometabolic drug discovery and expedite the advent of next-generation autoimmune treatments that are safer and more effective for patients worldwide."

"Since our seed round investment, Meta has made progress that defied our expectations," Said Thomas Yao, Partner of IMO Ventures. "Its innovative approach to immune-metabolism-based drug discovery may soon translate a whole new mechanism of action into first-in-class drugs that could transform the way autoimmune diseases are treated."

Guoxing Wei, Partner at Tiantu Capital who led the Pre-A round investment, said, "META Pharmaceuticals' approach of combining cutting-edge biological discoveries with AI technology has the potential to drive breakthroughs in immunometabolic drug R&D and fundamentally improve the quality of life for millions of patients. "