This premarket notification marks both Taiwan's very first FDA-cleared surgical robot and the first ever hand-held robot framework equipped with a parallel manipulator for orthopedic application in the world. 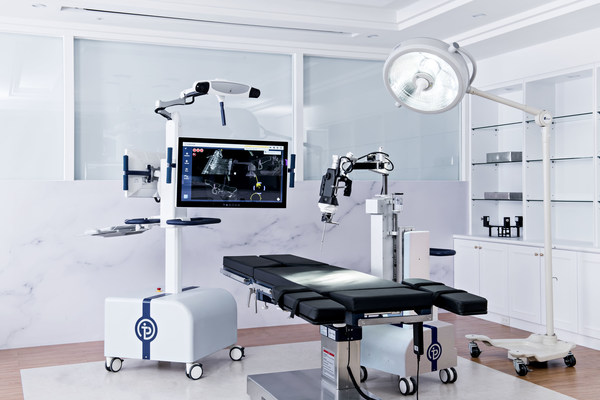 An integrated surgical system including both image-guided navigation and hand-held drilling features, the "Kinguide Robotic-Assisted Surgical System" streamlines procedural tasks and considerably reduces surgeon's burdens during spinal fusion surgeries, and its outstanding performance on precision, stability, and reproducibility of robot motion can improve the surgical outcomes which used to strongly rely on the experience of the surgeon. The major difference between Point Robotics' product and the others is the expandability of the indication for more complicated Herniated Disc Decompression surgery enabled by the unique parallel manipulator mechanism.

Point Robotics anticipates diving into the blue ocean market by addressing the even bigger unmet clinical needs with its next-gen products. "Point Robotics is revolutionizing spinal surgery by combining the clinical know-how garnered from years of surgeons' experience and cutting-edge technologies." Said Jackie Yang, the Co-Founder of Translink Capital in Silicon Valley.

Point Robotics is preparing for CE marking in Europe and registration certificate in China to jump start global deployments and to access international markets. According to Frost & Sullivan, the global market size of orthopedic surgical robots is expected to reach nearly US$8 billion by 2030 at a CAGR of nearly 20%, which indicates a promising market potential driven by the increasing demand for surgical robots in light of their clinical benefits and breakthrough in key technologies. To ride the wave of strong market momentum, "It's our honor to make the worldwide debut of the cutting-edge robot system starting from the world's largest surgical robot market - the United States. We aim to promote availability and affordability of robot's adoption for spinal surgery unaddressed by today's technology to treat more patients who contracted spectrum of spinal diseases." said SC Juang, CEO of Point Robotics. In prospect, Point Robotics is planning to serve various countries through engaging strategic partners and business models, such as joint ventures, licensing, or strategic alliances, etc.