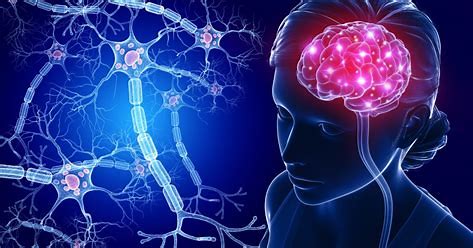 Neurimmune welcomes the news that the U.S. Food and Drug Administration (FDA) has approved Biogen's regulatory application for the use of aducanumab in the treatment of Alzheimer's disease.

Alzheimer's disease - the leading cause of dementia in elderly people - is characterized by a decade-long build-up of a protein in brain known as amyloid. It can damage the brain's nerve cells resulting in progressing deficits in memory, learning, orientation in space and time, language, and thoughtful planning. Amyloid is readily detectable in affected brains and its removal is a therapeutic objective in Alzheimer's disease.

Aducanumab removes amyloid from brains1. It is a human monoclonal antibody discovered with Neurimmune's Reverse Translational MedicineTM technology and licensed to Biogen who co-developed it with Eisai.

Research at Neurimmune, in collaboration with the University of Zurich, led to the identification of protective anti-amyloid antibodies in healthy elderly people and patients with slowly progressing dementia. These antibodies bound brain amyloid in patient tissues. Study of the antibodies resulted in the discovery of aducanumab. Following intravenous administration, aducanumab crosses the blood-brain-barrier, binds to brain amyloid, and removes it with the help of the immune system.

"The data of three separate clinical studies unequivocally show that aducanumab's biological activity removed amyloid from brains of patients with Alzheimer's disease. Based on our understanding of the disease, substantial amyloid removal is required to slow disease progression," said Roger Nitsch, CEO of Neurimmune. "Our outstanding 14-year collaboration with Biogen succeeded in bringing this new treatment option to patients and their physicians."

In clinical trials Biogen has demonstrated that aducanumab reduced brain amyloid in a dose- and time-dependent manner. Amyloid was reduced by 59 to 71 percent at 18 months of treatment. Accelerated approval has been granted based on aducanumab's reduction of amyloid, an effect that is reasonably likely to predict clinical benefit, in this case to slow disease progression.

"The discovery and development of aducanumab has been a fascinating journey, from a small team of scientists experimenting in a university lab, to the creation of a startup biotech company, to global collaborations with passionate pharmaceutical partners and clinical investigators," said John Growdon, Professor of Neurology at the Harvard Medical School and senior clinical advisor of Neurimmune. "Today's approval of aducanumab for Alzheimer's disease is a historic breakthrough for patients, families and society."