As the world waited anxiously for COVID-19 vaccine efficacy data, it soon became apparent that mRNA vaccine technology could be game-changing for tackling the pandemic. The vaccines made by Pfizer-BioNTech and Moderna showed effectiveness in preventing hospitalization and death, and they drastically reduced symptom severity if vaccinated people contracted the virus. 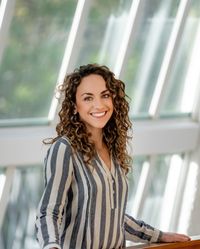 Devin Partida is a medical and health tech writer from San Francisco, California. She also writes about medical technologies, AI and cybersecurity on ReHack.com

Numerous studies and statistics from national governments also suggest the data looks good regarding how the mRNA vaccines perform against emerging variants, such as Delta and Alpha. However, even with these exciting signs of success, some obstacles remain.

The Underlying Technology Could Cause Drops in Effectiveness

Despite the early success of mRNA vaccines against COVID-19, there are no guarantees of future triumphs. The disappointing Stage 3 trial results of the mRNA CureVac vaccine were a case in point. The outcomes showed it was only 47% effective in preventing disease in a 40,000-person trial.

Scientists familiar with the vaccine are unsure what specifically caused the low rate. CureVac executives laid the blame on variants, but others assessing the matter think that the problem lies in the dosage.

There’s a delicate balance in giving people a high enough dose to get enough neutralizing antibodies to prevent the virus from entering cells but ensuring protection without too many unwanted side effects. CureVac provided a lower overall mRNA dose than Moderna or Pfizer-BioNTech’s versions.

Another difference in the CureVac technology is that it uses uridine to encode a form of the coronavirus spike protein. The other mRNA vaccines had modified RNA to reduce the body’s inflammatory response to foreign mRNA. They contained pseudouridine instead.

Variables like these make it challenging to pinpoint precisely what went wrong with CureVac. Additionally, the overall outcome reminds people that while mRNA technology has abundant potential, it’s not a sure bet.

The COVID-19 pandemic created new challenges for virtually all parts of the medical industry. For example, the new vaccines authorized for use in the United States created new codes used for medical billing and patient records. Some organizations found that hiring emergency coding support helped with the increased workload the pandemic caused. These providers help streamline coding workflows to minimize delays.

Even though the COVID-19 pandemic has been a part of people’s lives for over a year, it’s still causing surprises for medical organizations. Some of them could affect the future of mRNA vaccines, too. While the European Medicines Agency (EMA) conducted its review of the Pfizer-BioNTech vaccine, it suffered a data leak compromising 40 MB of classified information.

Some of the details obtained by journalists indicated that EMA officials flagged a notable difference in the percentage of RNA integrity in the clinical and proposed commercial batches of the vaccine. More specifically, it had dropped from around 78% to 55%. The material does not detail how the drug manufacturer satisfied the organization’s concerns. Fortunately, one source mentioned in the content suggested that the integrity levels had returned to their usual higher percentage.

However, some researchers caution that the identified issue could highlight a known problem of RNA instability. Manufacturers addressed it by putting it inside lipid nanoparticles. Experts point out that having a complete and intact mRNA molecule is crucial for maintaining a vaccine’s potency. If the instability causes real-world issues, it will put a major damper on mRNA vaccine potential.

Even though data shows there are only approximately 8.5 adverse reactions in every 10,000 for all vaccines given, many people still fixate on what could go wrong. As a result, some decide they won’t get vaccinated under any circumstances, despite the plentiful safety data.

This problem is not unique to mRNA vaccines, but it often occurs more frequently with them. That’s because some people perceive it as an untested, experimental technology that could have long-term side effects.

Scientists and regulatory agencies assure the public that the benefits outweigh the risks and that any side effects are typically mild and short-lived.

Some critics have questioned the widely publicized 95% effectiveness of the mRNA COVID-19 vaccines, believing the actual rates are much lower. Then, members of the public may wonder what caused those doubts and become hesitant about the vaccine.

There’s also a widespread belief that people rushed the mRNA vaccine development and that there was not enough time to spot the bad outcomes that may happen. While it’s true that the COVID-19 pandemic brought about the first widespread use of mRNA vaccines, the research behind them is not new.

Even so, many people prefer to embrace what they know and view mRNA vaccines as relatively unknown. Ongoing education to teach people about the technology and safety, as well as time itself, should help the vaccines start to overcome this obstacle.

For now, many people focus on how mRNA vaccines will impact COVID-19. However, numerous researchers see other possibilities, such as using them to treat brain cancer. As researchers keep understanding and addressing the associated challenges of these vaccines, they’ll also likely uncover new, effective ways of using them to help people with various health issues.