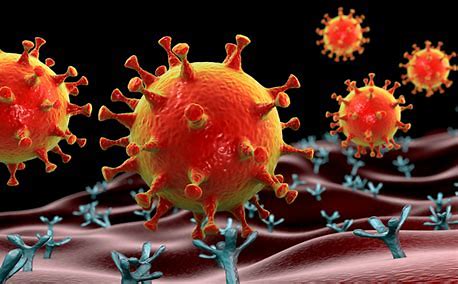 The birth of a universal antiviral drug with a mechanism applicable to all viral infections is approaching.

This antiviral agent, developed in Korea, has an innovative 'viral removal' mechanism applicable to all viruses, unlike existing antiviral agents that target only specific viruses. It is expected to open a new chapter in the world's antiviral drug history if it produces valid clinical results.

Hyundai Bioscience announced on the 11th that phase 2 clinical trial of CP-COV03 for COVID-19 patients has begun. CP-COV03 is an orally administered antiviral drug (active ingredient: niclosamide) developed as a universal treatment for viral diseases including COVID-19.

CP-COV03 is an innovative broad-spectrum antiviral agent with a pharmacological action that helps human cells to remove viruses by promoting 'autophagy' mechanism, in which cells recognize the virus as a foreign substance and remove it themselves.

If CP-COV03 is confirmed to be effective against COVID-19 in this clinical study, it means that a universal antiviral drug is born not only for COVID-19 and its variants, but also for almost all other viruses such as influenza, hepatitis, AIDS, Ebola, and herpes. Expected to gain the focus of the scientific communities, a favorable study result may become a 'flare shot' to signal the birth of the universal antiviral drug.

Existing antiviral agents that inhibit the replication of specific viruses have a limited range of allowed patients due to drug toxicity, and are likely to cause the virus drug-resistance. CP-COV03, having the characteristics of a new antiviral mechanism that targets cells, is free from such problems.

CP-COV03 in phase 2 clinical trial, targeting the launch of a universal antiviral drug, is in many ways similar to the human efficacy test of penicillin conducted in 1941, and is attracting extraordinary interest from the scientific society.  Penicillin, the world's first universal antibiotic, is a drug developed based on the mechanism of inhibiting bacterial cell wall formation by antibacterial substances from blue mold. The birth of penicillin freed mankind from the fear of bacteria.

Hyundai Bioscience explained that "the discovery of a substance with the mechanism that kills bacteria led to the 20th century medicine called penicillin," and that "CP-COV03 with a mechanism to eliminate viruses by promoting autophagy will be the first universal antiviral drug like penicillin".

CP-COV03 as a broad-spectrum antiviral agent is expected to enable a rapid preemptive treatment for viral infection, thereby preventing virus pandemics. If this happens, it is expected to bring about a major change in the current virus response system, which is primarily dependent on vaccines for viral cluster infections.