Booster vaccines and capacity constraints during a period of record R&D investment are driving up prices for specialized facilities, advanced therapies and biologics 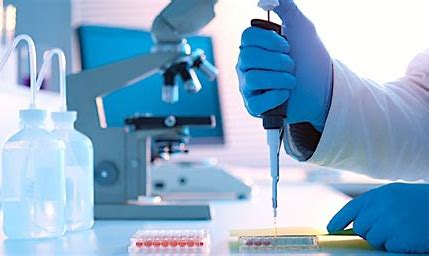 Part one of the 2021 CPhI Annual Report predicts an increasingly bullish outlook for CDMOs in the next 2-3 years, with macro factors significantly driving up demand and prices for mergers and acquisitions. The full findings (featuring 10+ experts and insights from 350 companies) will be launched in Milan at the CPhI Worldwide (9-11 November, 2021 at Fiera Milano and 25 October – 19 November online), the world's largest pharma event. However, an advanced copy will be sent to anyone who registers for the event. It is expected that up to 30,000 pharma executives and 1400 companies will take part.

The CPhI Report’s M&A experts – Kevin Bottomley, Partner at Results Healthcare and Adam Bradbury, Analyst at GlobalData PharmSource – both point to the pandemic, coupled with record investments in the discovery pipeline, serving as catalysts not only for CDMO growth, but also a record number of acquisitions.

The world’s contract services industry will attend at the collocated ICSE at a time when M&As are already running at record highs, and with numbers set to increase over the next two to three years.

The findings show that the largest CDMOs are seeking to expand quickly to meet current demand, but also in anticipation of rising capacity constraints in the medium term. Meanwhile, private equity (PE) remains the driving financial force behind the scenes as it views the CDMO industry as an attractive investment target – particularly in the cases of high margin products like biologics and cell and gene therapies.

“Scale is a major contributor to valuation across the sector due to the scarcity of scale assets. Companies with an EV (Enterprise Value) >$200m command a premium over smaller players. We don’t see a significant difference in median valuation between pureplay API vs. drug product CDMOs. However, there appears to be an investor premium for full-service CDMOs (development services, API and drug product) who on average receive a higher valuation compared with pureplay API or drug product CDMOs. Deal activity in this sector is strongly driven by private equity. Over 60% of deals in 2020 and 2021YTD have been executed by PE (private equity) or PE-backed companies,” commented Results Healthcare’s Bottomley.

In fact, emphasizing the confidence in the market, more PE houses are buying than selling CDMOs and GlobalData analysis shows that almost 70 CDMOs were acquired by PE during the period 2018-2020, with a further 8 acquisitions by PE-backed CDMOs. The market, however, is evolving and there is now a preference towards specialist CDMOs and biologicals, with COVID contracts providing a significant boost to the industry, with some 120 CMOs on record with at least one such deal.

Bradbury added, “there is no reason why this M&A activity cannot continue over the next two to three years. COVID-19 vaccine developers signed contract manufacturing agreements at an unprecedented rate during 2020/21 because many of these sponsors are small companies or non-profit institutions that lack manufacturing capabilities. Even the largest companies require extra capacity to supply billions of doses.”

In fact, the CDMO sector deal activity in H1 2021 has been incredibly strong already, as 48 deals have already been completed (comparing to annual year average of 50), with the expectation that momentum will continue for the remainder of 2021 and into 2022. Bottomley added, “In parallel, there has been an increase in valuations from 10x EBITDA 10 years ago, to 12x EBITDA 5 years ago and to around 15.5x EBITDA over the past ~2 years.  It is possible with the recent deal making frenzy these values are even greater on current and future deals.”

For example, viral vector manufacturing – that is needed for both COVID vaccines and cell and gene therapies – are currently seeing EBITDA multiples in the range of 20 and even 30x in the most well-located assets according to Bottomley. He added that “biologics API manufacturing is the next most highly valued and multiples are in the high teens up to 20x EBITDA”.

The report suggests that the largest CDMOs have been the biggest initial beneficiaries of the last year. However, what we now see is both large and medium sized CDMOs looking to fill in any supply side gaps so that they can offer contingency of supply to all partners – especially, as resources become tighter now that clinical trials are again booming and approvals likely to be made at record levels.

Speaking ahead of CPhI Worldwide, the largest single gathering of CDMOs, Orhan Caglayan, Brand Director at CPhI Worldwide added: “in the absence of CPhI Worldwide over the last 2-years, we have seen capacity across all contract services become increasingly constrained – which is why the event’s return is so timely. Pharma companies and biotechs are now planning much further ahead and looking for secondary, tertiary, and even quaternary partners. For our CDMO community, vaccine supply coupled with a resurgence of investment in discovery pipelines – often for smaller players – means that next 12-months are likely to be amongst the most lucrative ever in terms of meeting future customers. So, it’s an incredibly good time for CPhI Worldwide and ICSE to be held, with massive deals expected in the next 2-years. The key to sustaining growth is, of course, meeting the right partners – so we anticipate CPhI Worldwide and our other events to play a tremendous role in the next three years.”

CPhI Worldwide will be covering this contract services M&As in-depth during its 4-week digital platform with experts roundtables and sessions covering ‘what is driving CDMO consolidation’. For more information on the agenda, please visit: https://www.cphi.com/europe/en/learn.html