FROM THE ALZHEIMER'S ASSOCIATION INTERNATIONAL CONFERENCE 2022 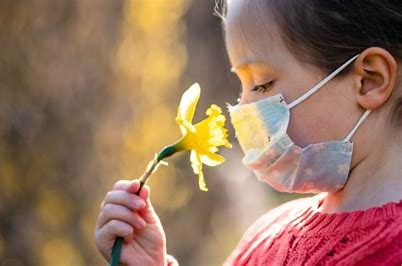 SAN DIEGO, Aug. 1, 2022 /PRNewswire/ -- New insights into factors that may predict, increase or protect against the impact of COVID-19 and the pandemic on memory and thinking skills were revealed by multiple studies reported today at the Alzheimer's Association International Conference® (AAIC®) 2022 in San Diego and virtually.

Among the key findings reported at AAIC 2022:

"COVID-19 has sickened and killed millions of people around the world, and for some, the emerging research suggests there are long-term impacts on memory and thinking as well," said Heather M. Snyder, Ph.D., vice president of medical and scientific relations at the Alzheimer's Association. "As this virus will likely be with us for a long time, identifying the risk and protective factors for cognitive symptoms can assist with the treatment and prevention of 'long COVID' moving forward."

Researchers in Argentina working with the Alzheimer's Association Consortium on Chronic Neuropsychiatric Sequelae of SARS-CoV-2 Infection followed 766 adults age 55-95 exposed to COVID-19 for one year, and conducted a series of regular physical, cognitive and neuropsychiatric tests. Of the study group, 88.4% were infected and 11.6% were controls.

Clinical assessment showed functional memory impairment in two-thirds of the infected participants, which was severe in half of them. Another group of cognitive tests identified three groups with decreased performance:

Statistical analysis revealed that persistent loss of smell was a significant predictor of cognitive impairment, but severity of the initial COVID-19 disease was not.

"The more insight we have into what causes or at least predicts who will experience the significant long-term cognitive impact of COVID-19 infection, the better we can track it and begin to develop methods to prevent it," said Gabriela Gonzalez-Aleman, LCP, Ph.D., professor at Pontificia Universidad Catolica Argentina, Buenos Aires.

They reviewed Medicare claims records from 1991 to 2018 (pre-pandemic), and checked annually for development of Alzheimer's and all type dementia using a standardized cognitive assessment. During an average 7.8 years follow up, 1,991 (52%) participants experienced at least one ICU hospitalization; 1,031 (27%) had an ICU stay before study enrollment; and 961 (25%) had an ICU stay during the study period.

The researchers found that, in analyses adjusted for age, sex, education and race, experiencing ICU hospitalization was associated with 63% higher risk of Alzheimer's dementia and 71% higher risk of all type dementia. In models further adjusted for other health factors such as vascular risk factors and disease, other chronic medical conditions, and functional disabilities, the association was even stronger: ICU hospitalization was associated with 110% greater risk of Alzheimer's and 120% greater risk of all type dementia.

"More research is necessary to replicate these findings and elucidate the factors that may increase dementia risk. For example, is it the critical illness that sends someone to the hospital or potentially modifiable procedures during the hospitalization that drives dementia risk?" James added.

Investigators from countries across Central and South America and the United States examined whether sociodemographic factors and changes in life associated with the pandemic were related to experiencing cognitive symptoms, including problems with memory, attention and other thinking skills, during the early phases of the pandemic.

In the study reported at AAIC, 2,382 Spanish-speaking adults age 55-95 (average 65.3 years, 62.3% female) from nine countries in Latin America completed an online or telephone survey, had electronic cognitive testing, and filled out an inventory assessing the positive and negative impacts of the pandemic between May and December 2020. Of the total study population, 145 (6.09%) experienced COVID-19 symptoms.

"Identifying risk and protective factors for cognitive symptoms during the pandemic is an important step towards the development of prevention efforts," said María Marquine, Ph.D., associate professor in the Departments of Medicine and Psychiatry, and director of disparities research in the Division of Geriatrics, Gerontology and Palliative Care at the University of California, San Diego. "The experience of positive life changes during the pandemic might buffer the detrimental impact of negative life changes on cognitive symptoms."

"This study is an example of how investigators from diverse countries in Latin America and the United States, many of whom had never worked together before and had limited resources, came together under difficult circumstances but with a shared goal to advance scientific understanding about Alzheimer's, and the important contributions that such multicultural partnerships can yield," Marquine added.