Laureates of the Nobel, Wolf, Abel Prizes and the Fields Medal, leading Russian and foreign scientists, futurologists, participants of Thinkers50 rating, representatives of the authorities and innovative businesses have kept their vision of the future of technologies in a "Time Capsule". By the end of 2022 it will be announced whether the experts' forecasts came true. Over a million of viewers from 70 countries were following the experts at the "Nobel Vision. Open Innovations 2.0" International Forum in Skolkovo (VEB.RF Group). 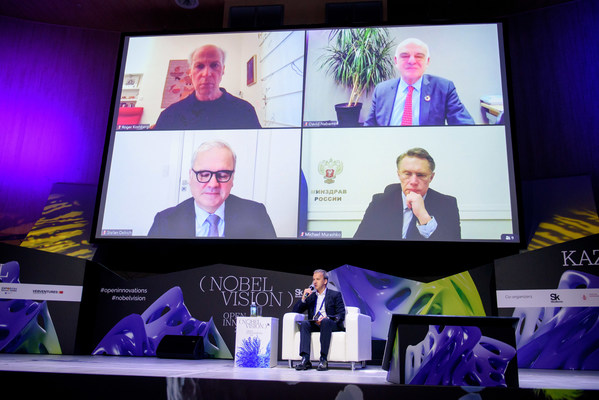 Forecasts of the Nobel Prize in Chemistry winners (1987 and 2004) Jean-Marie Lehn and Aaron Ciechanover, 2011 Nobel Prize in Economic Sciences winner Thomas J. Sargent, Special Representative of the President of the Russian Federation for Relations with International Organizations to Achieve Sustainable Development Goals Anatoly Chubais and other speakers were kept in the "Time Capsule" and will be disclosed at the next Forum in 2022.

Minister of Healthcare of the Russian Federation Mikhail Murashko and Professor at Columbia University Sheena Iyengar have predicted development of affordable medications for COVID-19 treatment at different stages of the disease. Chairman of the Skolkovo Foundation Arkady Dvorkovich is expecting increase in basic energy resources demand, but with this, reduction of investments in their production due to ESG technologies and principles implementation. Chairman of the Board at Russian Investments group Kirill Ignatyev is staking on economy customization, space researches breakthrough and food biotechnologies development, microenergy and ecotech.

Rae Kwon Chung, 2007 Nobel Peace Prize winner: "Carbon capture, preservation and storing technologies, as well as hydrogen production technologies will be playing the leading role in the nearest future. I am sure they will dramatically influence the development of the world".

Edvard Moser, 2014 Nobel Prize in Physiology or Medicine winner: "In neurobiology we will see the implementation of technologies, which allow us to watch the activity of thousands of neurons at the moment of cognitive tasks fulfilment. By turning on or off the activity of particular target cells, we will be able to better understand brain functionality and efficiently treat a wide range of psycho-neurological diseases".

The broadcast was held in social networks and on the Forum partners' websites. Recordings of the sessions are available at the official Forum website  https://openinnovations.ru/.