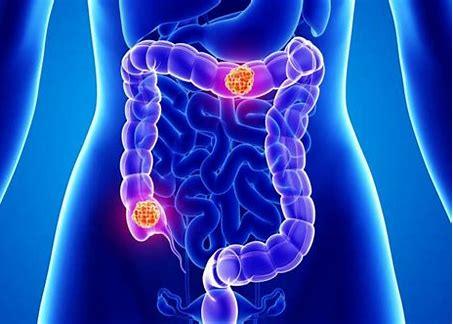 New Horizon Health and Prenetics will jointly promote ColoClear in Hong Kong, Macau and Taiwan, with additional options to expand the partnership into Southeast Asian markets. Under the terms of the agreement, Prenetics will have the exclusive rights to provide ColoClear laboratory testing service and the profits from the sales of ColoClear will be shared between New Horizon Health and Prenetics. On June 8, ColoClear will be officially launched in Hong Kong.

Prenetics is a global leader in genetics and diagnostic testing, and has successfully listed on Nasdaq in the US on May 18 via a merger with Artisan Acquisition Corp., becoming Hong Kong's first unicorn to list on the Nasdaq with the ticker "PRE". The company's pillar product pipeline covers prevention, diagnostics and personalized healthcare services, with ColoClear being the key product in disease prevention.

"New Horizon Health and Prenetics share the same vision in healthcare. Prevention and early detection, home-based healthcare, and individualized service have become the major trends in the war on cancer around the globe. We have confidence that with our joint efforts, ColoClear will become a benchmark for Asian innovation, raising awareness in cancer screening while saving many lives," said Mr. YeQing Zhu, CEO of New Horizon Health, "Cancer screening test has to pass a very high bar in order to be approved by regulatory authorities such as FDA and National Medical Products Administration (NMPA). As the only NMPA-approved cancer screening test to-date, ColoClear has enjoyed triple digit growth in 2021, the first year of its commercial launch in China. We are confident in its ability to identify colorectal cancer and precancerous lesion at early stage when it is still curable, and we look forward to working with Prenetics to benefit the broader Asian community."

Mr. Danny Yeung, CEO and Co-Founder of Prenetics also stated, "Cancer screening is an important part of Prenetics's product pipeline and believe ColoClear is a game-changer for the market. Our goal is to decentralize healthcare and bring health closer to millions of patients around the world. ColoClear has a first-mover advantage in Asia's cancer screening market, and judging from the success of Exact Sciences success with Cologuard in the USA, we look forward to deliver rapid growth of ColoClear in the future with New Horizon Health."

As the only cancer screening molecular test approved by the NMPA[3], ColoClear was independently developed by New Horizon Health with USD 100 million investment and over the course of 7 years, including 16 months spent in conducting China's first prospective large-scale multicenter registration trial in cancer screening. The clinical trial data shows that ColoClear has a 95.5% sensitivity for colorectal cancer and 63.5% for advanced adenoma, which is more than twice as high as the traditional FIT, proving it to be highly effective in detecting precancerous lesions. Its NPV (Negative Predictive Value) for colorectal cancer is 99.6%, minimizing the possibility of false negative [4]. ColoClear's patented FIT-DNA technology is also the only one included in all national guidelines for colorectal cancer screening and treatment published in China so far [5-7]. As of December 31, 2021, ColoClear has been admitted and sold in over 400 hospitals within a year of receiving approval from the NMPA, and has established in-depth strategic cooperation with cross-border leading platforms including e-commerce companies, insurance companies and private medical check-up centers. New Horizon Health holds the global rights of ColoClear.

In March 2021, New Horizon Health launched its Operation Centre in the Greater Bay Area in Nansha, Guangzhou. With a total area of 1,300 square meters, the Operation Centre is equipped with automatized sample processing and an advanced information system, with an annual capacity of 500,000 cancer screening tests.