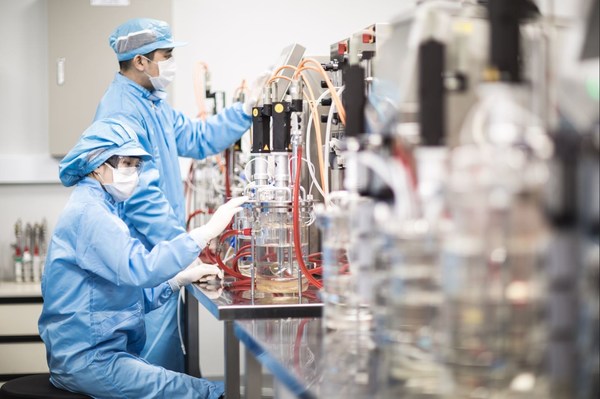 As many Korean pharmaceutical manufacturers are currently attempting to develop new drugs for idiopathic pulmonary fibrosis, Daewoong Pharmaceutical's new medication DWN12088 has been fast-tracked by the American FDA, the first time a Korean pharma company has been awarded this status.

Daewoong Pharmaceutical (CEO Seng-Ho Jeon/Chang-Jae Lee) announced on the 19th that DWN12088, its new treatment for idiopathic pulmonary fibrosis currently under development, has been selected by the FDA for its rapid drug screening process (fast-track).

Drugs approved for fast-tracking are developed with close collaboration with the FDA at each stage of the development process, including consultation on clinical trial design and advice on data collected. Accelerated approval and priority review can also be requested once the second phase is complete, meaning Daewoong's idiopathic pulmonary fibrosis treatment DWN12088 will likely be developed more quickly.

Daewoong plans to take this fast-track opportunity to become a game changer in this field by rapidly advancing into the worldwide idiopathic pulmonary fibrosis treatment market more quickly with strong growth each year. According to Research and Markets, a global market research organization, the idiopathic pulmonary fibrosis treatment market is showing high growth of 7% annually and is forecast to reach $6.1 billion by 2030.

The FDA designates fast-track items to promote the development and screening of drugs that can meet the currently unmet medical demands and treat severe diseases. For DWN12088, which was chosen to be fast-tracked based on its clinical Phase 1 results showing excellent antifibrotic effects and lung function improvement, high expectations and interest can be expected worldwide in the future.

Idiopathic pulmonary fibrosis is a lung disease, which causes the lungs to slowly harden and lose their function due to the excessive creation of fibroid tissue. It is a rare, difficult-to-treat disease with a five-year survival rate of less than 40%. Thus far, treatments for this disease by multinational pharmaceutical makers have failed to completely stop its progress and their treatment abandonment rate is high due to side effects, meaning there is a great medical demand that remains unmet.

DWN12088 is the world's first Prolyl-tRNA Synthetase (PRS)-inhibiting antifibrotic drug and is being developed by Daewoong Pharmaceutical itself. It reduces the effects of the PRS protein, which affects collagen creation, to inhibit excess production of collagen, the cause of fibrosis. DWN12088 received idiopathic pulmonary fibrosis Phase 2 IND approval from the FDA last June and was designated an orphan drug in 2019.

Daewoong CEO Seng-Ho Jeon commented, "Idiopathic pulmonary fibrosis is a disease with high unmet medical needs despite the existence of treatments. Daewoong Pharmaceutical will work closely with the FDA to accelerate development and will do its utmost so that this innovative drug can be commercialized as soon as possible."