OnCusp Therapeutics (or "OnCusp"), a global biopharmaceutical company focused on translating cutting-edge research assets into innovative oncology therapeutics, announced that it has officially commenced operations both in New York and Shanghai. 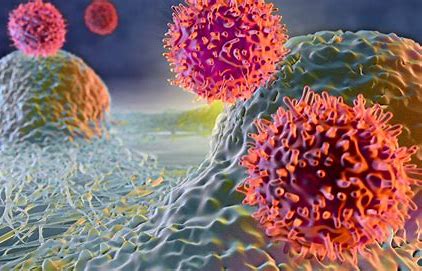 OnCusp successfully closed its seed round financing of $25 million on April 1, 2021, led by Sequoia Capital and Biotrack Capital, followed by Oriza Seed Fund and AIHC Capital. Proceeds from this round will be used to build a portfolio of innovative assets, advance research and development programs, as well as support the company's day-to-day operations and talent acquisition.

The World Health Organization (WHO) released its latest estimates showing that the global cancer burden has risen to 19.3 million new cases and 10.0 million deaths in 2020, with one in five people worldwide developing cancer during their lifetime1. This highlights the enormous need for new modalities and therapies for cancer patients around the world. Among the world's top ten bestselling drugs in 2020, four are cancer drugs, indicating that among all therapeutic areas, oncology still delivers some of the highest return on investment.

OnCusp is dedicated to the translation and clinical development of oncology therapeutics, with a focus on bringing preclinical drug candidates (PCCs) to the clinical proof-of-concept (POC) stage. OnCusp will in-license preclinical candidates from the U.S., China and other parts of the world, and then advance these assets into global early clinical development to quickly establish POC. Afterwards, OnCusp aims to out-license these drug candidates to multi-national pharmaceutical companies who will further take them to commercialization in the global market.

"Developing a drug to clinical POC is one of the riskiest but also the most value-creating stages in the drug development value chain. We are willing to share these risks and rewards with our partners, and are poised to capitalize on our deep translational expertise and vast business development network to maximize the value of our assets in the global market," said Dr. Bing Yuan, Co-Founder, Chairman and CEO of OnCusp.

OnCusp was established by three co-founders. Dr. Bing Yuan is an experienced entrepreneur and seasoned executive in oncology drug development, business development and commercialization. He made key contributions to over a dozen globally successful oncology drugs, including Keytruda® and Glivec®. Dr. Yuan has led or substantially contributed to over 50 oncology partnering and licensing deals in his career. Previously, Dr. Yuan was Chief Strategy and Business Officer at CStone Pharmaceuticals, where he helped to build the company from an early-stage startup through a successful IPO and eventually to commercialization stage.

Dr. Eric Slosberg, Chief Development Officer (CDO) at OnCusp, joined the founding team from Daiichi Sankyo, where he was Vice President and Global Head of Oncology Translational Development. At Daiichi Sankyo, he led the clinical and translational strategy and execution for all early-stage oncology assets, including antibody-drug conjugates (ADCs), naked antibodies, and small molecules. Dr. Slosberg has a strong track record in clinical development and medical affairs with over 20 years of experience, and led or made significant contributions to dozens of oncology clinical development programs. He has extensive professional connections with all major clinical trial centers in the U.S.

Another co-founder of OnCusp, Dr. Andy Fu, has over 15 years of experience in healthcare, finance, management consulting, and biotech. He was most recently Vice President of Business Development and Corporate Strategy at CStone Pharmaceuticals. In 2020, he co-led CStone's business development team and successfully inked strategic partnership agreements with Pfizer and EQRx, bringing in a total of $350 million cash for the company, a record amount generated by the business development activities of any Chinese biopharmaceutical company in 2020.

Ms. Lynn Yang, Partner at Sequoia Capital, commented: "Healthcare has long been an area of focus for Sequoia, while OnCusp offers a truly unique business model specialized in developing high potential cancer therapies with global rights. We are confident that by capitalizing on its founders' deep expertise and extensive global network, as well as its capability to leverage advantages in Asia, OnCusp is well positioned to build a diverse pipeline that will benefit patients around the world, and bring social value to communities everywhere."

Mr. Kevin Chen, Founding Partner of Biotrack Capital, noted: "We expect to see landscape changes in the biopharmaceutical space in the next decade, as companies begin to adopt ever more specialized roles in the ecosystem. OnCusp has a clearly defined strategy leveraging the company's core strengths in business development and translational development to bring assets from the PCC stage to the clinical POC stage. This strategy enables OnCusp to build win-win partnerships. Moving forward, Biotrack Capital will closely partner with OnCusp to advance more innovative oncology drugs into global clinical development."

OnCusp is currently building a portfolio of high-potential assets, including bispecific antibodies, ADCs, and small molecules. Guided by a crisp and goal-oriented strategy, OnCusp is "bringing oncology innovations to life" by translating some of the best oncology research into innovative therapies in order to deliver help and hope to cancer patients worldwide.

Dr. Bing Yuan, Co-Founder, Chairman and CEO of OnCusp, added: "We are very pleased that OnCusp has begun to operate in both the U.S. and China, shortly after successfully closing its seed round financing. Moving forward, we will progress swiftly to build a globally competitive pipeline. Just as our company name 'OnCusp Therapeutics' suggests, we are committed to developing drug candidates from promising research to the cusp of becoming life-saving therapies for cancer patients."