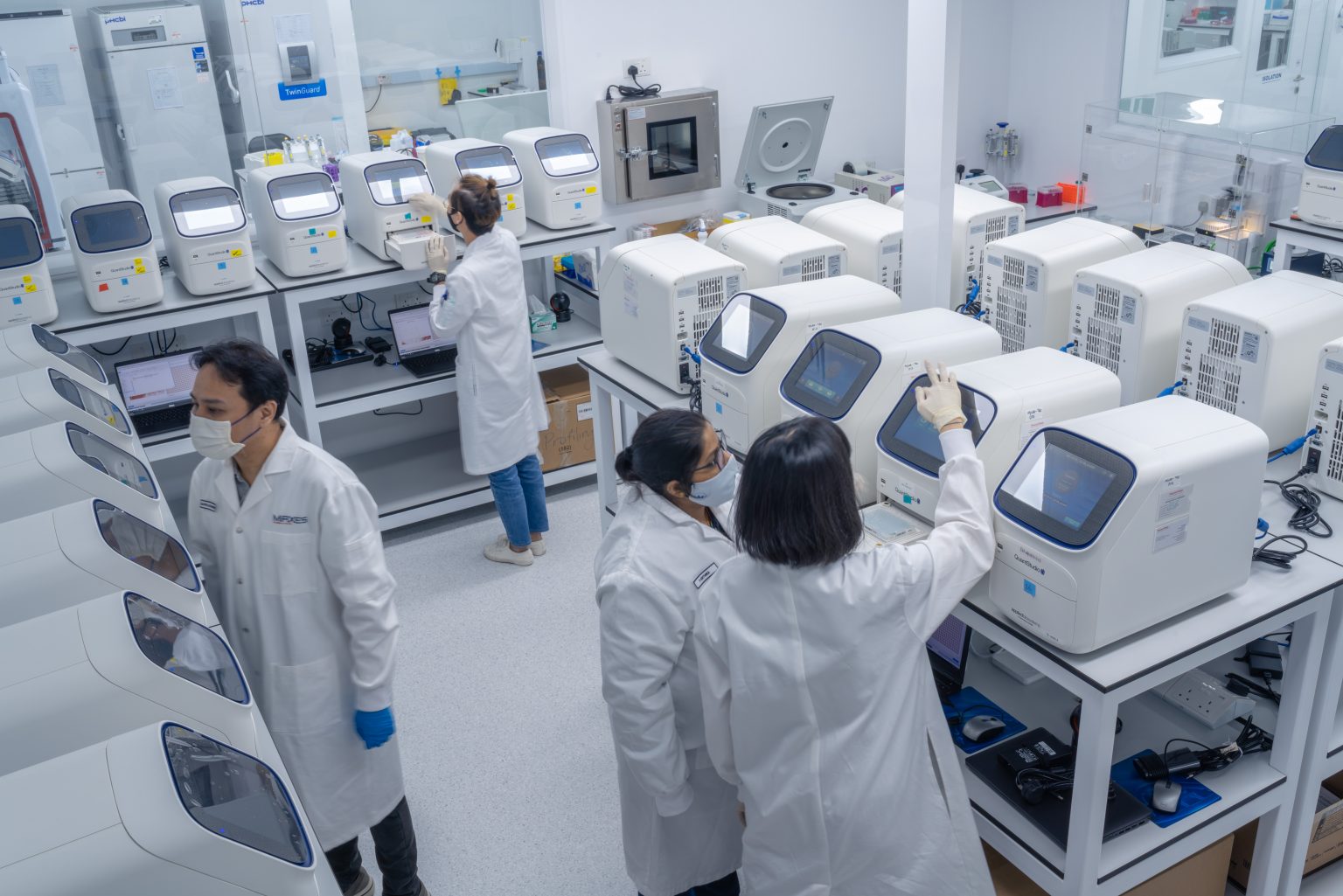 MiRXES Pte Ltd, a biotechnology company focused on improving and saving lives with RNA-powered disease early detection tests, announced today it has raised US$77 million in Series C funding to accelerate its push to deliver cancer early detection tests and preventive healthcare globally. This brings the total amount secured by MiRXES since its inception in 2014 to US$120 million, which marks the largest funding to date raised by a Singapore-headquartered cancer diagnostics company. This Series C funding is led by CR-CP Life Science Fund, joined by global healthcare investment firm Rock Springs Capital and Singapore-based global investor EDBI, and established financial institutions from the United States, Singapore, China and Hong Kong including, among others, CCBI and Keytone Ventures.

Commenting on this new financing round, Dr Lihan ZHOU, Co-founder and Chief Executive Officer of MiRXES said, “We are honored by the overwhelming support from our investors who have placed their trust and confidence in the value of our science and the potential of our business. With this fresh funding, MiRXES will bring forward our plans to deliver a comprehensive portfolio of non-invasive screening tests for early detection of six major cancers, and to expand the use of our platform RNA technology for cardiovascular, metabolic and infectious diseases research and diagnostics globally.”

The new investment will be used primarily to fund the development and commercialization of MiRXES’s pipeline of multi-cancer early detection tests that look for blood borne microRNA and other molecular signatures released by cancer and immune cells. MiRXES currently collaborates with leading academic and clinical institutions in Singapore, the United States, China, Italy and Japan to conduct large-scale clinical studies on lung, colorectal, liver, breast, pancreatic cancers with total enrolment of more than 30,000 participants.

MiRXES is also using the new funding to accelerate regulatory approval and adoption of GASTROClear, the world’s first RNA-powered blood test for the early detection of gastric cancer, in China, Japan and selected countries in Asia, Europe and Americas that have high rates of gastric cancer. Most immediately, MiRXES’s China operation is launching a 12,000- strong prospective clinical trial to seek registration of GASTROClear as a screening test with China’s National Medical Products Administration. In markets where GASTROClear is approved, MiRXES is working with healthcare, insurance and laboratory partners to enable greater accessibility [1] of GASTROClear to populations at-risk of developing gastric cancer.

In anticipation of the growth, MiRXES is doubling its global talent pool to 400 staff over the next two years with significant build up in R&D, data science and commercial teams in major markets.

Dr Zhou added, “Biotechnology is rapidly transforming the way we think about health and wellness. At MiRXES, we believe that prevention is better than cure, and early detection will deliver major clinical and socio-economical impact as our populations age. Preventive healthcare is catching on globally, made possible by innovative biotechnology solutions such as GASTROClear, our flagship diagnostic product. We are excited that like-minded investors and partners globally have joined us in our journey to improve and save lives through early disease detection.”

Mr Da LIU, Managing Director, CR-CP Life Science Fund said, “MiRXES’s unique RNA technology as well as the founder management team’s passion and strong track record in developing and commercializing novel RNA-based clinical diagnostic tests have established MiRXES as a leader in cancer early detection tests. MiRXES’s best-in-class technology, differentiated business model, and strategic advantage with its headquarter in Singapore and infrastructures in major markets offer MiRXES a strong competitive advantage to access markets in Asia Pacific and globally. We are delighted to lead this financing round and are confident that our operational resources will be able to accelerate MiRXES’s growth in China, as well as assist MiRXES to realize their ambition of becoming a global leader in RNA-powered diagnostics and preventive medicine.”

Ms Swee Yeok CHU, CEO and President of EDBI said, “MiRXES has consistently built diagnostic capabilities in Singapore, and played an important role in successfully mass-producing and deploying COVID-19 PCR test kits (Fortitude Kit) to over 45 countries. The team’s continued innovation in developing RNA-powered early detection solutions for cancers and other diseases, and enduring partnerships with local research institutes and healthcare institutions, embodies its commitment and contribution to advancing the biomedical ecosystem.”

Mr Jay KRASKA, Analyst, Rock Springs Capital said, “MiRXES’s unique PCR-based platform’s ability to accurately and robustly detect RNA biomarkers from biological fluids like blood and urine has opened up a pathway of possibilities towards preventive healthcare and precision medicine. We are excited about MiRXES’s future and look forward to supporting the MiRXES team as they accelerate their clinical development in Asia, the United States, and worldwide.”