an Investigational Oral COVID-19 Antiviral Medicine, Upon Authorization or Approval 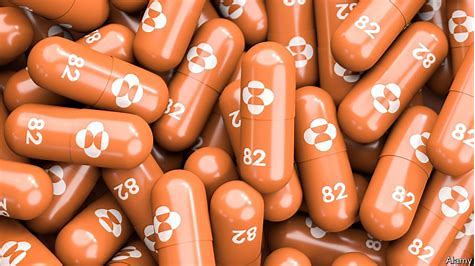 Merck (NYSE: MRK), known as MSD outside the United States and Canada, and Ridgeback Biotherapeutics today announced that the Japanese government will purchase, upon authorization or approval, approximately 1.6 million courses of molnupiravir (MK-4482, EIDD-2801), an investigational oral antiviral medicine. Merck is developing molnupiravir in collaboration with Ridgeback Biotherapeutics. Merck’s applications for the potential authorized use of molnupiravir are under review by Japan’s Pharmaceuticals and Medical Devices Agency, the U.S. Food and Drug Administration, and the European Medicines Agency. Molnupiravir is authorized in the United Kingdom for the treatment of mild-to-moderate COVID-19 in adults with a positive SARS-CoV-2 diagnostic test and who have at least one risk factor for developing severe illness.

“We are proud to partner with the Japanese government on this agreement to accelerate access to molnupiravir to patients in Japan if it is authorized or approved. We believe that these government purchase agreements reflect confidence in molnupiravir’s clinical profile and the hope that molnupiravir may have a meaningful impact on efforts to address the pandemic,” said Frank Clyburn, president of Human Health, Merck.

Under the agreement, if molnupiravir receives authorization or approval by Japan’s Pharmaceuticals and Medical Devices Agency, Merck will supply approximately 1.6 million courses of molnupiravir to the Japanese government for approximately $1.2 billion including applicable taxes. In anticipation of results from the Phase 3 MOVe-OUT clinical trial, and the potential for regulatory authorization or approval, Merck has been investing at risk to support development and scale-up production of molnupiravir and expects to produce 10 million courses of treatment by the end of 2021, with at least 20 million courses to be produced in 2022.

In addition to the Japan agreement, as part of its global efforts to accelerate access, Merck has also entered into supply and purchase agreements with the governments of several other countries and is currently in discussions with additional governments.

Supply agreements: Earlier this year, Merck entered into a procurement agreement with the U.S. Government under which the company will supply approximately 3.1 million courses of molnupiravir to the U.S. Government, upon Emergency Use Authorization (EUA) or approval from the U.S. FDA. Additionally, Merck has entered into supply and advance purchase agreements for molnupiravir with governments worldwide and is currently in discussions with additional governments.Merck plans to implement a tiered pricing approach based on World Bank country income criteria to reflect countries’ relative ability to finance their health response to the pandemic.