Neeuro, a Singapore tech start-up and Agency for Science, Technology and Research (A*STAR) spinoff, and the Institute of Mental Health (IMH) launched Cogo as a complementary home-based attention training programme this month. This solution aims to improve inattentiveness in children aged 6 to 12 years through a 24-session guided game that is paired with Neeuro's EEG headband "SenzeBand 2". 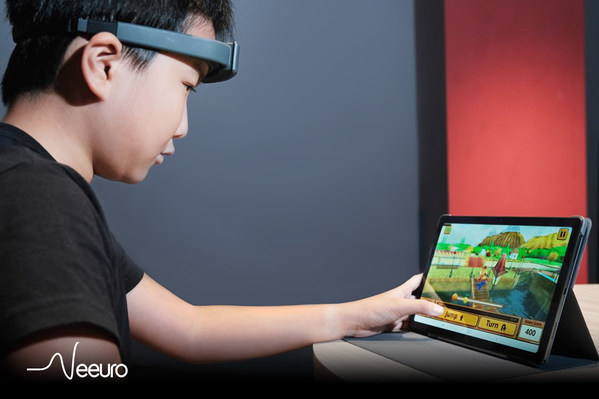 Cogo is a patented and scientifically validated digital therapeutic programme that aims to equip parents with an evidence-backed tool that is efficacious in improving their children's attention challenges.

The non-invasive ADHD intervention programme was the subject of a large scale randomised clinical trial funded by the National Medical Research Council (NMRC), led by Principal Investigator Associate Professor Lee Tih Shih, from Duke-NUS Medical School's Neuroscience and Behavioural Disorders programme, the results of which was published in 2019. Functional Magnetic Resonance Imaging (fMRI) scans of a subset of the children by Duke-NUS found positive post-training effects observed in brain areas associated with attention and task-orientation.

"ADHD is one of the most common conditions we see among young patients. While professional help may be necessary for some children, others with mild to moderate ADHD may benefit from a home-based intervention like the Cogo programme. After a decade of research, including clinical trials, results have shown positive results. Besides the convenience of being able to do this therapy at home and able to see improved concentration, I believe young children will also find the gameplay fun," says Dr Lim Choon Guan, Senior Consultant and Deputy Chief of the Department of Developmental Psychiatry at IMH.

Dr Alvin Chan, Neeuro's CEO and Co-Founder said, "The result of a collaboration among IMH, Duke-NUS Medical School and A*STAR's Institute for Infocomm Research that started over a decade ago is now being brought to market through Neeuro to complement ADHD treatment. With Cogo, parents are empowered to enable their children in the comforts of their own homes."

Based on the clinical findings, the recommended session is two to three times a week for 30-minute per session, and over the course of two to three months for a total of 24 sessions to get the best results.