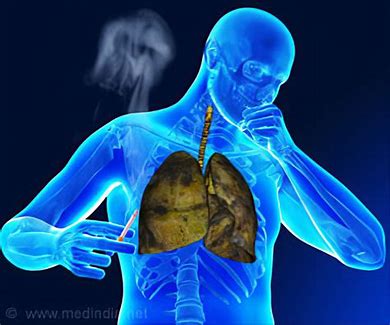 Over the course of two days on 29-30 November, Johnson & Johnson was proud to partner with the Global Fund and Asian Venture Philanthropy Network (AVPN) to host the 2nd annual Asia Pacific Tuberculosis Forum – a platform for youth leaders, policymakers, NGOs and academics to collaborate on tuberculosis (TB) elimination efforts in the Asia Pacific, home to more than half of all TB cases. The Forum's agenda, which was designed with the support of the Global TB Caucus, was focused on understanding the impact of TB on youth and children and developing and sharing innovative approaches about opportunities to enable, accelerate and mobilize youth as agents of change in TB elimination.

Young people between the age of 15 and 34 are disproportionately affected and carry among the heaviest burden of the disease. They are also often the largest population group in developing countries with the role and potential to contribute immensely to a nation's social and economic capital. Enabling their access to care and ensuring their meaningful participation in the effort to end TB at all levels will pave the way to a better, safer and healthier world free of TB.[1]

"Despite the high risks of infection, young people are less likely to seek TB treatment for various reasons, including a lack of awareness about disease symptoms or stigma associated with the disease. Thus, it is critical that we collaborate with partners around the world to galvanise youth to help raise community awareness, promote health-seeking behaviour, drive an increase in early diagnosis of TB and ultimately, ensure those affected receive the care they need," said OakYeon Kim, Vice President, Government Affairs & Policy, Janssen Asia Pacific.

For more than two decades, Johnson & Johnson has been a committed global partner in the fight against TB. As part of its 10-year TB initiative which kicked off in 2018, Johnson & Johnson is focused on engaging and empowering young people – an alarmingly vulnerable population who are both highly affected and highly connected – in the fight against TB, including through the TB Changemakers in India and TB Warriors campaign which aims to encourage youth in Indonesia, the Philippines, Thailand and Vietnam to be healthy and advocate for their community by sharing TB resources through social media and mobile games to help empower a generation of youth to end TB.

The annual Forum's goal is to provide a platform where key stakeholders who can play a role in TB elimination come together to share, collaborate, ideate and amplify initiatives, to close gaps and to fuel the momentum for patient ﬁnding, with a focus on youth as a target, youth as parents (to ﬁnd children with TB) and youth as catalysts. Public-private partnerships and multiple collaborations have also been essential to fight TB across the region.

The focus on youth was also ignited by the World Health Organization (WHO) in 2019 with their first-ever Youth Town Hall to End TB in Jakarta, Indonesia. Their participation in the forum highlighted that young people are changemakers, are important partners to the National TB Programs, and they need to be engaged in every step of the way towards ending TB.

"It is distressing to know that tuberculosis is resurgent across India, China, Indonesia, Philippines, Thailand and Vietnam, and in particular, impacting the youth demographic. AVPN, as the world's largest community of social investors in Asia, is proud to partner with Johnson & Johnson, the Global Fund and the Global TB Caucus in engaging the social investor audience to mobilize much needed capital towards this issue," said Naina Subberwal Batra, CEO of AVPN.

A key topic area in both days of the Forum was on the importance of TB elimination since TB is the leading cause of death from an infectious disease in the region. In Asia Pacific, TB response has been hard hit by COVID-19, while 12 of the 30 countries with the highest burden of drug-resistant TB are in this region. In 2021, five countries accounted for 90 percent of the global reduction in case notifications of people diagnosed with TB compared to 2019 – all of them in Asia Pacific – India, China, Indonesia, Philippines and Myanmar.[2]

"As the largest international funder for TB programs, the Global Fund is a critical partner in helping to achieve the goal of ending TB by 2030. In the Asia-Pacific region and everywhere, we must scale up efforts with public and private partners, civil society and communities affected by TB to find and treat all people with TB, mitigate the impact of the COVID-19 pandemic on TB programs, address the socioeconomic barriers to care and strengthen resilient, sustainable and inclusive health and community systems that can respond to current and future disease threats. At all levels of our action, we need to better include young people, in all their diversity, and facilitate youth-led action at global and national level to ensure that their ideas and perspectives are better reflected in the TB response," said Dr Eliud Wandwalo, Head of Tuberculosis at the Global Fund.

The aspiration of this forum moving forward is to advance an enabling environment for youth to play a meaningful role in ending TB. Young people have the power and intelligence to shape any future they envision and all stakeholders in the TB space need to play their part in enabling the environment for our generation of youth to end TB. As mentioned by the Indonesian Minister of Health, Budi G. Sadikin, during his opening speech, youth leadership will be the difference between success and failure in achieving the end of TB goal. We need to ensure that no young person is left behind and recognize young people as agents of change.

A full program of this recording can be accessed at LINK.